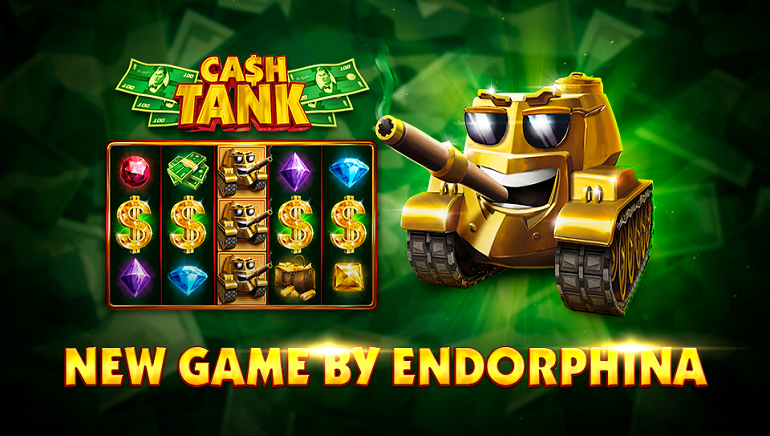 Cash Tank is the latest slot to debut from Endorphina. Players can battle for up to €1,000 in the base game, with special features also available.

Maltese software provider Endorphina Gaming has completed development on a brand new slot game called Cash Tank. This title is playable now on either desktop or mobile at participating Endorphina casinos. Although on the basic side, the Cash Tank slot has a number of player-friendly features that stand out.

For anyone playing Cash Tank, there’s a case to be made for wagering with all 10 of the paylines activated. This is because Endorphina has designed to let players win both ways on paylines. Symbols have to be strung together in matching chains of three or more and must start from either the first or fifth reels.

The three-by-five structure enables 15 symbols to land on each spin. In the base game, these include four gems that are followed by a golden credit card, bundle of cash, bag of gold bars, and golden dollar symbol. With wagering maximised, it’s possible to win up to €1,000.00 with five golden dollars.

The only exception to having matching symbols is that the Wild Cash Tank can fill in for missing images. Endorphina has given the wilds the ability to appear on reels two, three, or four and the power to expand for up to three re-spins.

With an absence of free spins, there’s an added focus on the optional mini-game. This can be entered after a winning spin and gives players the chance to pick a higher card than the dealer from five options. Winnings are doubled and the game can be played up to 10 times.