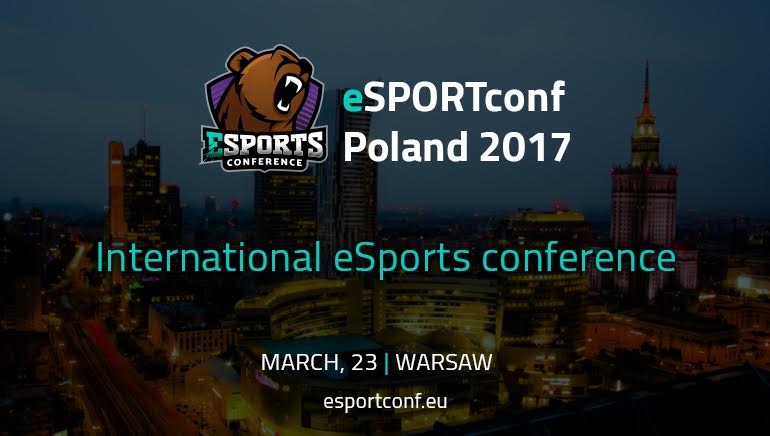 eSPORTconf Poland 2017 will bring participants up-to-date with the latest news and the business prospects for the sports industry.

The progress made by the video game industry in 2016 didn’t go unnoticed by the organizers of eSPORTconf Poland. Smile-Expo is the international event company that will hold the eSports business conference in March 2017.

It is supposed to highlight the progress made by this young industry and also act as a catalyst for its future growth. The event will be attended by IT developers, entrepreneurs, eSports team founders, but also representatives of national governments.

Warsaw Becomes a Hotspot of eSports

eSPORTconf Poland 2017 will bring under the same roof the brightest minds in the eSports industry and provide them with multiple networking opportunities. Participants are going to learn a great deal about the eSports business prospects in Europe for the years to come. Key topics concerning the ones who run a business or contemplate the possibility of opening one in this industry, will be thoroughly discussed here.

Participants will be able to learn more about the current state of the industry and its growth potential. Leading experts will share their wisdom on sensitive topics and government representatives will discuss the best paths to overcome legislative hurdles. eSPORTconf Poland 2017 will also have the chance to become personally acquainted with key people in the eSports industry and sign lucrative business contracts.