Euro 2016 Final: France and Portugal Fight for The European Championship 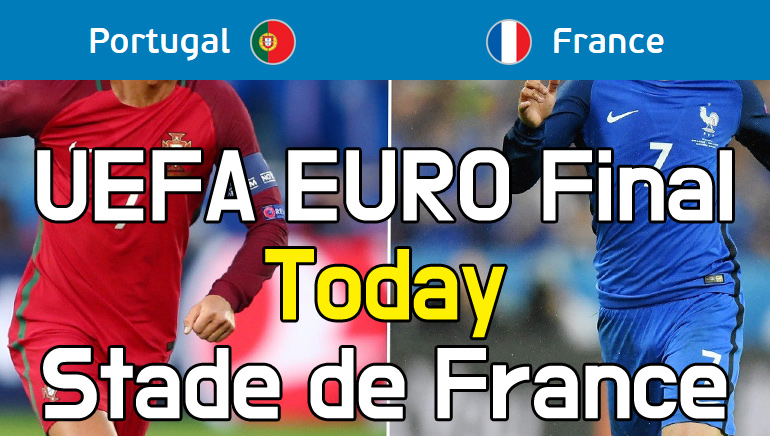 France has overcome a bitter rival in the semifinal when the home side defeated Germany by 2-0. They are now in the driver’s seat to win the trophy in front of their fans when they take on Portugal in the final act of Euro 2016. Their opponents have finally won a match in regulation time against Wales and will try to cause a major upset in the final act.

Cristiano Ronaldo in the Spotlight

Portugal has relied on its gifted striker throughout the tournament and the strategy is not going to change in the final. Opponents were fully aware that most of the balls would be aimed at Cristiano Ronaldo, but couldn’t do much about it. The Real Madrid forward has scored twice and he will be the main threat for the goal defended by Hugo Lloris.

Defensively, Portugal has plenty of weaknesses that an experienced team can speculate. However, they are good at passing the ball around and know how to maintain possession if they score early. They will be hard-pressed to put up a stiff resistance in the first half, as France starts matches aggressively.

The Atletico Madrid striker met the high expectations and has scored a combined six goals at Euro 2016. He is fast, agile and deadly accurate, so the Portuguese can’t afford to let him send too many balls towards their net. France had a hard time finding a way through compact backlines, but once they take the lead, they also take the initiative.

France has an impressive track record as a host country, which explains why bookies trust them so much. Betting on the hosts to lift the trophy isn’t the best paying option, since the odds don’t exceed 1/2. Bet365 makes it worthwhile for punters to bet on France to prevail in regulation time by offering even odds.