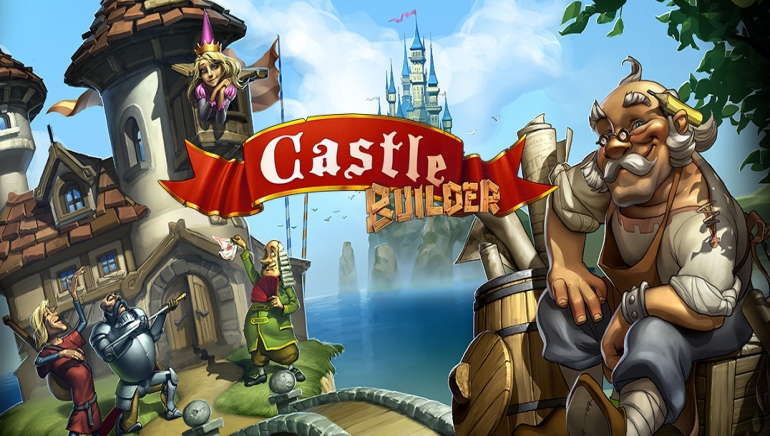 Developed by Net Entertainment, Wish Master is a 5-reel, 20-payline video slot themed on the magical wish granting Genie which was popularized by Disney's feature animation Aladdin. NetEnt's Genie, however, stays more true to its depiction in Islamic mythology, featuring a ghastly Genie who pops up in all kinds of animation during gameplay. The Wish Master symbols consist of different diamond-adorned animals together with traditional card symbols.

Landing a scatter symbol anywhere on the reels unleashes the Genie from his lamp, who then proceeds to randomly activate different features for the next ten spins. Features are stored in a new feature inventory and they range from x2/x3 multipliers, randomly positioned wilds, expanding wilds, substitutions and wild reels. This makes way for some very big winning potential. The Wish Master's top payout is 900,000 coins.

From Rabcat/Odobo comes the progressive fantasy game Castle Builder. When it was released in February of this year, Castle Builder was praised for its innovativeness in adding a whole new dimension to the genre of video slots, expanding gameplay possibilities and making the experience closer to that of playing a real PC or console game.

Set in a fantasy medieval world, Castle Builder lets players build castles in three different kingdoms. Players progress through levels from spinning the slot's 5 reels with 15 paylines. As they land different construction symbols, the castles get built in front of players' eyes, and once they're done they move on to a new kingdom for new challenges.