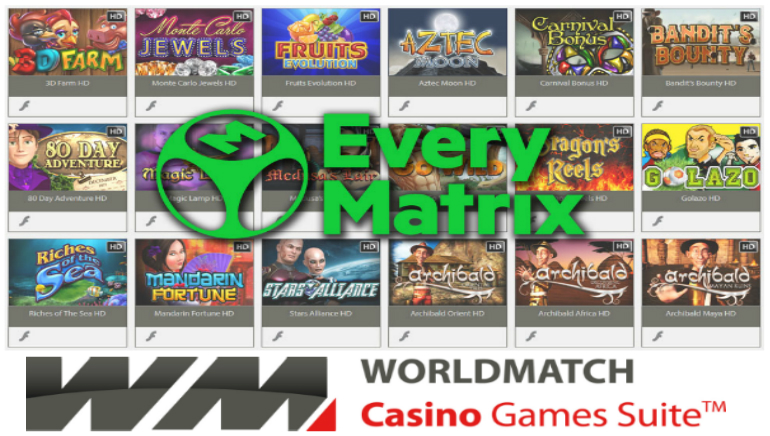 The technology and reach of the already globally popular EveryMatrix offerings are significantly enhanced.

The integration process between World Match and EveryMatrix is now complete.

The Maltese online gaming solution leader World Match has been launched through gaming mega-provider EveryMatrix, according to a groundbreaking new agreement.

The new agreement makes a significant selection of World Match's games live and available in the EveryMatrix online casino network, a big step for the company which was launched in 2003. The popularity of World Match games has been steadily increasing amongst global players ever since, particularly in the regulated markets of the Mediterranean region, where World Match counts many influential operators of the region amongst its clientele.

World Match Executive Director Andrea Boratto reconfirmed his company's commitment to organizational evolution, delivering games via the organization's own platform as well as via third party relationships, of which EveryMatrix is an excellent example.

Boratto further asserted that World Match looks to build upon its strong Mediterranean position by expanding into new territories via the EveryMatrix- casino network.

EveryMatrix CEO Ebbe Groes lauded World Match as optimizing EveryMatrix's key technology of the ever-evolving CasinoEngine offering, which provides operators and players with the flexibility to choose “from more over 2,000 casino games seamlessly integrated into a single casino lobby and wallet.”

Groes further explained that the new agreement empowers EveryMatrix to offer “the widest biggest selection of games available,” positioning it to new levels of positioning for expansion and marketing reach.

As a pioneer in online gaming, World Match has been providing premium gaming solutions to the biggest and most successful online casino operators for years. It is also and it's one of the industry's most rapidly growing online gaming suppliers of the online gaming industry. The company has invested in innovation from its

EveryMatrix is an independent company offering software solutions to the iGaming industry. Its award-winning solutions are being distributed across the regions of offices across Europe, Asia and North America, where EveryMatrix has provided is custom-built solutions in all of these diverse regions with its sports betting solution, OddsMatrix, as well as CasinoEngine, the largest casino content aggregator