Evolution, a Live Dealer Casino titan, has finalised its Nolimit City acquisition. The deal is worth EUR340M (GBP287M/USD347M), with the final sale price based on performance criteria.

Evolution announced in June that it had purchased Nolimit for EUR200m. Future performance will determine if an additional EUR140M is made for performance in 2023, 2024, and 2025. Evolution stated that the entire purchase, including future payments, would be paid in cash using existing reserves.

Nolimit City (NLC) will become the fourth brand in Evolution's impressive slots portfolio. The business's first venture into the sector was made in 2020 when it purchased NetEnt. At the time of the acquisition, Red Tiger had recently been acquired by NetEnt. Last April, Evolution also purchased Big Time Gaming (BTG), the well-known supplier for its proprietary Megaways mechanic.

Evolution projects that Nolimit's revenue will reach EUR30M by 2022. Earnings before interest, tax and amortisation are expected to be approximately EUR23M.

Jens von Bahr, Evolution chairman, stated at the commencement address of the acquisition;

With the addition of Nolimit City to our Evolution family, we expand our portfolio of incredibly innovative, cutting-edge games from top brands and game-makers in the industry.

Jonas Tegman, the co-founder of Nolimit City, said: "I can't think of a better match than Evolution and Nolimit City; we are completely aligned in terms of creative talent, tech product and how to get things done."

Nolimit City is well-known for its unique style of slot games and relatively few releases compared to other companies. This seems similar to Evolution's strategy for NetEnt after it closed that deal. It slowed down the number of new games being released each year.
Tegman stated that the slot vertical is undergoing massive changes and that Evolution will be helping us navigate to the best slot product offerings on the market.

Evolution provides operators with a unique portfolio of casino games and live game shows that are time-honoured and relevant to multiple markets. Evolution was established in 2006 and is now the premiere destination for innovative, entertaining and future-focused Live Casino games.
The Evolution live offering is powered by 700+ live tables/game shows environments. These are available in 15 languages from studios in North America and Europe. They provide both commercial success for operators and an unmatched user experience for customers.

Nolimit comprises an experienced team of Professionals from the gaming industry in  Stockholm, Sweden. The company's bedrock is rooted in over a decade of experience in the gambling software industry. The goal is to bring gambling software to the next level. NLC offers a flexible, fast and reliable team that works with rock-solid operators.

The most important advantage is the portable and comprehensive system platform that can be used on mobile, tablet, and desktop devices. NLC is not dependent on any other systems and can offer special features and customisable tools for marketing campaigns that fit each operator's needs. The company believes it is time to provide a new perspective to the software industry in gambling. It's about a strong focus on the operator via maximum engagement in world-class casino games, marketing campaigns and country-specific activities. 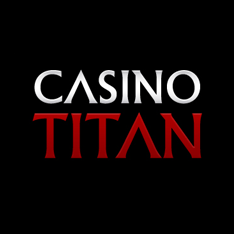