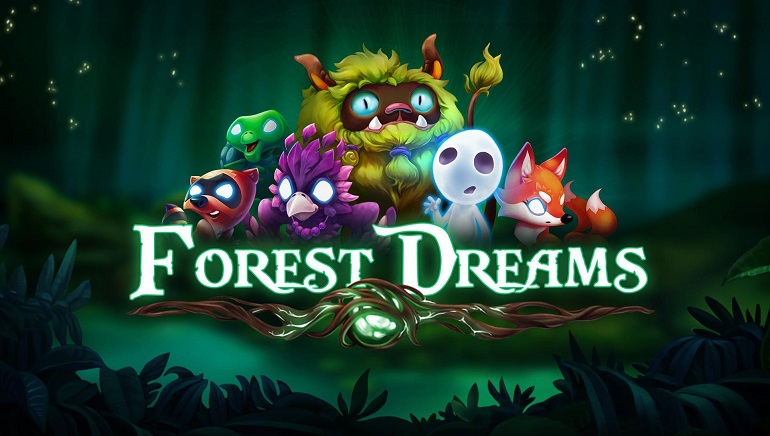 Inspired by Spirited Away and other animated classics, Evoplay has developed Forest Dreams as an enchanting new slot with free spins.

Evoplay Entertainment has expressed a flair for the fantastical, having designed a cartoon video slot based on the works of Japanese animator and master storyteller Hayao Miyazaki. Fans of Spirited Away, Howl’s Moving Castle, and other works from Miyazaki will recognise their influence on the Forest Dreams slot now playable at participating Evoplay casinos online.

The Night Forest is the central concept of the game and inspired by Miyazaki’s take on Japanese mythology. The five-reel by three-row interface is positioned within an enchanted forest setting. Users get to play with nature-themed symbols as well as animated 3D characters whose eyes glow with magical energy.

Forest Dreams is made with 20 fixed paylines and the wagering values can span from €0.01 to €100.00. Winnings are generated based on Forest Dreams being programmed with medium volatility and a long-term return to player (RTP) of 96.00%. The slot has been programmed in HTML5 for widespread compatibility over mobile and desktop web browsers.

There’s a luminescent ghost that can appear as a wild symbol with the ability to plug gaps in winning combinations. The reward for the successful use of a wild symbol is the activation of a re-spin, which can occur up to four times in a row. If a wild symbol is unused during a win, this triggers the Peekaboo feature, thus causing the wild to be stored away for a future round where no winnings are generated.

Golden energy spheres can appear when re-spins are active, with the player aiming to acquire the energy from four or more spheres on the second, third, or fourth reels. If enough spheres are collected, then the Spirit of the Forest is awoken and eight or more free spins triggered, with wild symbols appearing during play with 2x, 3x, or 5x multipliers attached for boosted winnings.