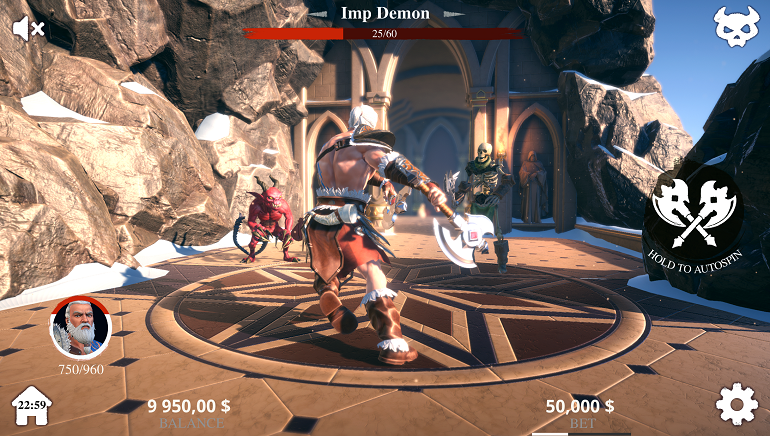 Evoplay is a forward-thinking software developer famous for its original games that can be enjoyed at prestigious casinos. Its portfolio consists of many popular games, but Dungeon: Immortal Evil stands out from the crowd because of its unique nature. This is a beautiful game, but there is much more than meets the eye about it, as it is the first RPG slot in the online gambling industry. The developers have brilliantly succeeded at creating an exciting slot with role-playing game elements that get players fully immersed.

Dungeon: Immortal Evil uses the latest 3-D graphics to bring to life an amazing environment and unique game mechanics. Instead of spinning the reels of a regular slot, players will embark on an epic quest that feels like a third-person hack and slash adventure. In addition to sporting exceptional graphics, the game is also highly engaging and perfectly adjusted for smartphones and tablets. Developed in HTML 5, it looks and runs well on mobile devices powered by both Android and iOS operating systems.

Evoplay took a leap of faith with Dungeon: Immortal Evil by straying far from the traveled paths of traditional slots. It did away with the random spinning of reels, which felt repetitive and invited players to quickly switch to autoplay mode. This RPG slot will pit punters against legions of monsters while rewarding them with loot if they are successful in their quest. A third-person camera follows the champion across the map, while charming players with 3-D visuals.

Role-playing video games are popular mainly because of their immersive nature and Dungeon: Immortal Evil falls into the same category. Players feel like making progress with each monster defeated and each piece of loot collected, so they are provided with the impetus to persevere. Loot comes in different forms, ranging from common and magic to rare, epic and legendary. This can be turned into instant money and the best part is that the outcome depends exclusively on the RNG, therefore it is based purely on luck.