Excellence in iGaming Shines Brighter than Ever Today over Malta 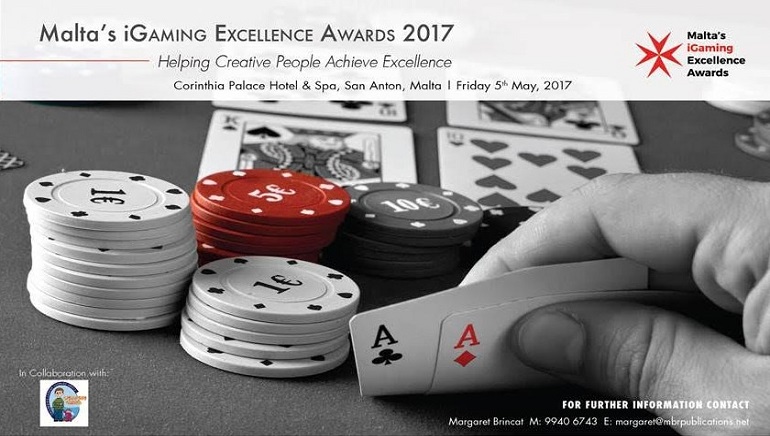 The variety awards gala with a social conscience redefines the value of iGaming to local communities and business leaders.

A different kind of iGaming awards is coming out of Malta, with a greater social conscience twist.

The Malta iGaming Excellence Awards were created by decorated writer, journalist, and MBR Publications Editor and Managing Director Martin Vella, who has been running a thriving small business with business partner Margaret Brincat since 2014.

This year’s awards are coming up today, Friday May 5th at the five star Corinthia Palace in San Anton, Malta.

Guests will include the beaming nominees, esteemed sponsors and distinguished guests ranging from Gaming business associates to relatives to ambassadors for Malta’s premiere business awards.

The social conscience theme for this event evolves through the continuation of collaboration between Puttinu Cares Children Cancer Foundation and MBR Publications Ltd.

After presenting Puttinu Cares representatives with a donation of over €1,800 raised during the Company’s prestigious event Malta’s Best in Business Awards last November, it will be interesting to find out what Vella has in store for this event. We do know that MBR has already started developing an Mobile App to coordinate co-sponsorship with Puttinu Cares.

As far as the competition itself is concerned, a panel of independent judges which includes senior business and Gaming academic leaders will select award-winners from over 60 competing organisations--a new high for competitors for Malta’s largest Gaming business recognition programme.

Presenting hosts this year include MFA Ticket Systems Administrator; Colin Fitz as Master of Ceremonies, and the multi-talented Thea Saliba, a lawyer, singer and TV Personality host, with entertainment provided by local bands and acrobats.

After a spectacular Annalise Studio show closure and laser spectacular, the night will be capped at an after party where a surprise DJ will be coming in to record an exclusive signature theme for the night’s event, with the entire event televised on Super One TV and also NET TV.

The 2017 Malta iGaming Excellence Awards look to be a rare combination of networking, entertainment, and social conscience never before seen in the iGaming community.