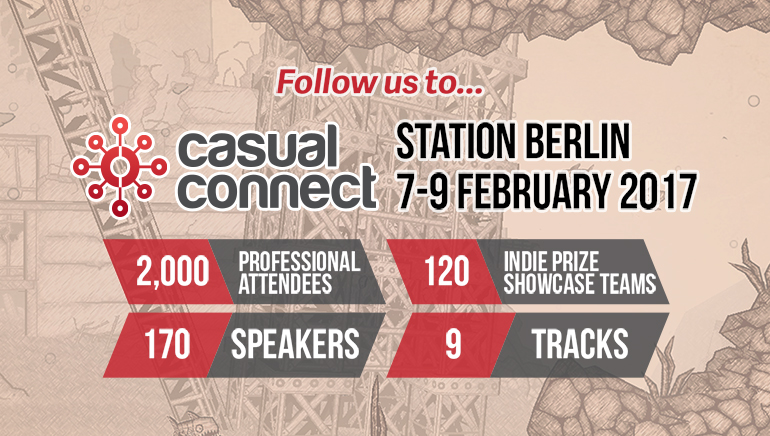 All attendees are set to get a head start on harnessing the benefits of an emerging gaming field.

A new networking approach integrating Casual Gaming will enter into the iGaming spotlight, kicking off in early 2017 in one of Europe’s true innovation hubs.

Casual Connect has been designed to support the mass-market games community. The professional conference gathers the top developers, publishers, distributors and related industry players to network and listen to lectures delivering insights from a board of industry members.

Over 125 speakers are set to touch on all topics related to emerging trends in game development, distribution and marketing. Scheduled topics include Industry Insights, Market Navigation, Growth, Funding, Data & Analytics, Design & Development, Esports & Casino and Next-Gen: AR & VR, with Indie Prize Awards to be handed out to independent developers in an awards ceremony taking place during the conference.

Just a few of the expert sessions on tap include Team 17 CEO Debbie Bestwick, who will speak on Survival of the Indies; CCP Games CEO Hilmar Veigar Petursson, heading a plenary session called Going All-In – Stories from the Dark Side of Hardcore Game Development;  Flaregames CEO and Founder Klaas Kersting, who will be interviewed by Crossover Technologies Managing Director Eric Goldberg in a discussion entitled Construction of a Global Mobile Game Publisher; and Hasbro VP Global Digital Business Development Michael Fuller, sitting among a group of Casual Gaming experts on a panel entitled One Tough Playground.

The Opportunity for Attendees

Casual Connect is an excellent opportunity chance to learn more about the casual gaming sector. With the conference empowering attendees to merge creativity with business operations in diverse phases of iGaming and casual gaming such as game design, esports, social casino, funding, next-generation technology and best practices, attendees will get a head start on an emerging and potentially lucrative gaming market.