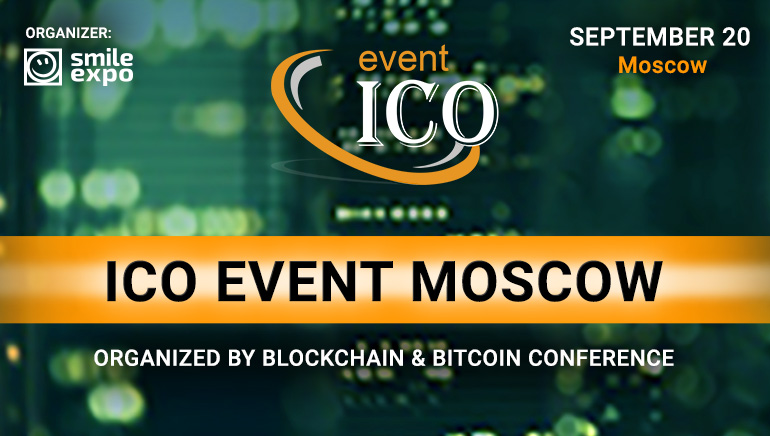 ICO Event Moscow will cover a range of critical topics for everyone involved with ICOs, from the startup phases to effective strategies after a successful crowdsale.

ICO Event Moscow, taking place on September 20th in the capital of Russia, has announced a number of highly qualified speakers who will take the floor during the conference to cover some of the most important topics relating to Initial Coin Offerings, such as legislation issues, ICO launch, crowdsale, and much more.

Continuing on the successful Blockchain & Bitcoin Conference, this event will focus on ICOs, which play an important role in the development of blockchain technology and finding its application in various walks of life. Speakers participating in the event's program will share their knowledge about some of the biggest problems ICOs face, like how to prepare an ICO for a startup, how to avoid stalling after a successful crowdsale, etc.

Some of the names revealed for ICO Event Moscow clearly show that this event will be a great learning opportunity for everyone involved with this new phenomenon. Some of those taking the floor include:

The names listed above represent only a fraction of speakers participating at ICO Event Moscow. Others include Maxim Pervunin of THF Russia, Oleg Kudrenko, Anar Babaev, and many more. The quality of speakers and the content that will be covered make ICO Event Moscow a must-attend for anyone involved with ICOs in any capacity.