Explore the Stone Age with Primal Megaways™ from Blueprint Gaming 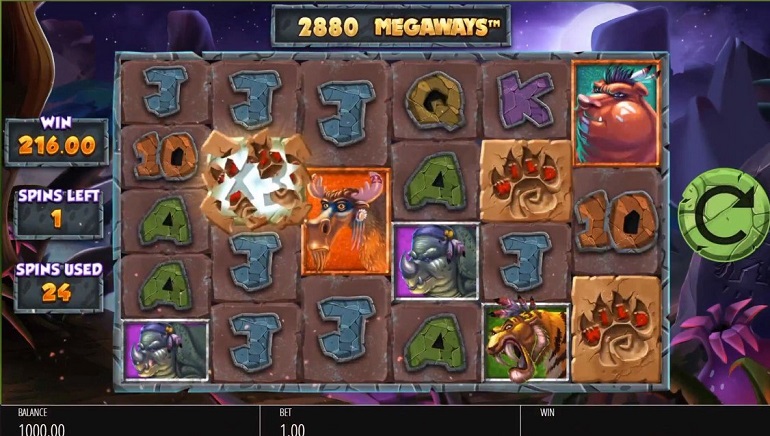 Primal Megaways™ is a Stone Age adventure slot from Blueprint Gaming. The reels can change to provide even more ways of winning.

Primal Megaways™ is a brand new slot game from Blueprint Gaming that will take players and plunge them thousands of years into the past, all the way back to the times of the Stone Age.

The term Megaways™ is a trademarked feature that can appear in Blueprint slots only. Quite simply, this means that the number of ways of winning can shift on each spin made by players. In Primal Megaways™, for instance, there can be up to 46,656 ways of winning on each spin.

Ultimately, the number of Megaways™ will differ depending on the layout of the Primal Megaways™ slot. There are potentially spaces for six reels and six rows, but the symbol positions can adjust to fill one, two, or three places, thus altering the number of ways of winning.

Various predators from the Stone Age have been chosen as symbols, with players winning when they can match three or more images in adjacent reels. Among the cast of creatures are the mammoth, sabre-toothed tiger, moose, and more.

The Primal Bonus symbols can be used to gain up to 30 free spins and a multiplier when three-plus are landed. During that time, any Wild Footprint symbol can appear and become a wild multiplier on all reels barring the first. There is also a Mystery Symbol where all in sight except for special symbols shall morph into the very same symbol.

Blueprint has also included the Replay Guarantee™ feature in order to ensure that players will win at least 10x times the total bet during free spins. In the event that they obtain 9x or less, the free spins will be re-triggered to give them another chance at gaining 10x or higher.