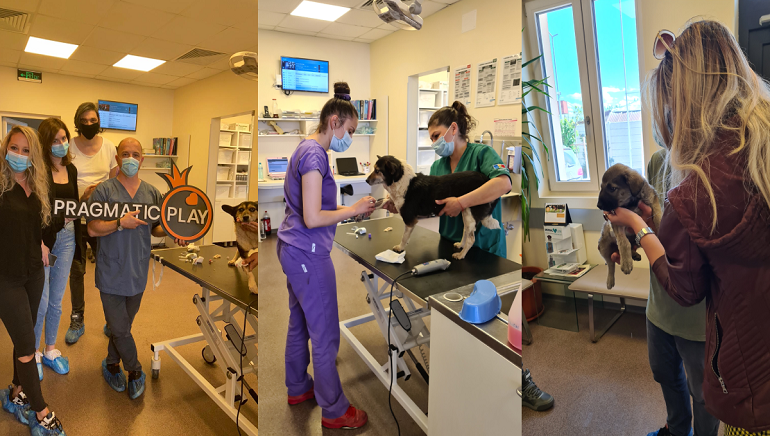 Romania is the latest jurisdiction where Pragmatic Play is making a social donation to a jurisdiction they operate in.

Leading content provider Pragmatic play has made a statement about the positive role iGaming companies can play in society with a series of social gestures.

The latest gesture for the Gibraltar-based content provider is a €7,700 contribution to Homeless Animal Hospital, an NGO committed to assisting and treating Romania's homeless animals.

Pragmatic Play made an earlier €21,000 donation to the Metropolis Philanthropic Foundation to fund redevelopment of the children’s oncology ward at Romania's Clinical Institute Fundeni, strengthening Pragmatic's ties to the Romanian community whose market Pragmatic entered in March 2020.

Donations in Other Jurisdictions

Pragmatic's NGO donation strategy has expanded across multiple jurisdictions, after earlier NGO donations in Malta (Women for Women on International Women’s Day) and Pragmatic's home jurisdiction of Malta (refurbishment of a sports pitch for Prior Park School in Gibraltar).

“Pragmatic Play integrates kindness, respect, and compassion in all aspects of its vision and supports those who fight for a safe, healthy, cruelty-free world.”

Bratosin looked forward to seeing the Homeless Animal Hospital treating more animals than ever before through “emergency care” for “animals in need.”

Bratosin expressed personal pride overall to be a part of Pragmatic's embracing “responsibilities beyond the iGaming industry and improving the lives of others out of genuine compassion.”

Pragmatic Play CEO Julian Jarvis acknowledged “the importance of pets in people’s lives,” recognising them as “loved companions,” and praised the Homeless Animal Hospital for offering “support to those in need...to ensure abandoned animals can live happier and healthier lifestyles.”

Jarvis concluded that his organisation takes its commitment to society “very seriously,” demonstrating how an iGaming organization can take a leadership role in assisting society globally not just through re-investment of tax proceeds but through charitable contributions and outreach directly.