February Issue of EuroSlot Magazine: At the Copa by Betsoft

Enjoy Latin American flair with At the Copa by Betsoft!

Online Casino Reports (OCR) contributes a monthly write-up of the hottest slots game for EuroSlot Magazine. The top pick for February 2014 is the Betsoft favourite - At the Copa. This thrilling 5 reel, 30 pay line slots game features 3D animation and plenty of song and dance.

At the Copa continues to amaze slots players with its party like atmosphere, pina coladas, sensual dancers, maracas, trumpets and marimbas. The game itself is nothing less than a festival of entertainment for slots fans. If it's wild entertainment with big winning potential you're after, At the Copa delivers!

Features of At the Copa by Betsoft

Powered by the inimitable Betsoft gaming software, players will enjoy a tour de force in feature-rich slots gaming. A variety of Latin themed attractions titillate the senses with fabulous dance moves and exclusive extras. Among others, players will be able to enjoy The Dancing Show Bonus (up to 10 free spins) and 2 x Wilds as well. The game has plenty of added extras with its 3 progressive jackpots. In keeping with the Latin theme, players should look out for the chili symbol, as it triggers the progressive jackpots.

As the premier online casino entertainment hub, OCR endorses At the Copa as the game of the month for February 2014. The full review of this exciting slots game can be seen on EuroSlot Magazine. Players can practice the game for free, or play the game for real money and win at the following Betsoft casinos: 7Red Casino, Casino Noir, BetOnline Casino and others. 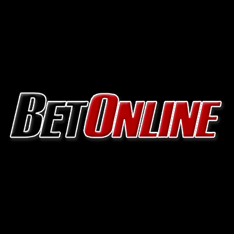