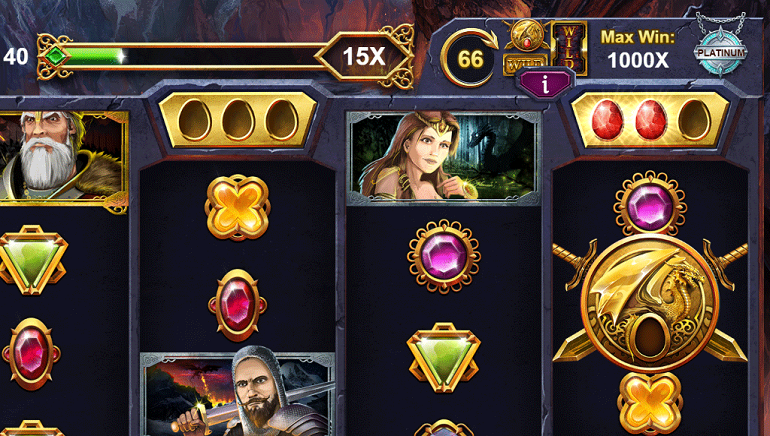 New slot from Kalamba Games takes players on an icy adventure filled with dangerous dragons, kings, queens, and brave knight warriors ready to stand up against all evil.

Following on the success of their Age of Dragons slot, Kalamba Games has decided to create a sequel to the game, entitle Age of Ice Dragons, a slot featuring the same magical theme set in a mystical land filled with dragons, wizards, and brave warriors ready to stand against dangerous, fire-breathing creatures.

Battle for the Dragon Throne

The new game from Kalamba comes with an interesting reel setup, with the first two reels and the middle reel featuring three rows, while the second and fourth reel have five rows. In total, this creates a 40-payline environment.

Reels of Age of Ice Dragons are set on a backdrop of a mountain landscape with dragons flying across the sky, breathing ice instead of fire. Tense music in the background helps complete the picture, creating a real sense of adventure as you spin away chasing big wins.

Lower paying symbols are represented by various colorful gems, while the high paying symbols come in a form of knights, kings, queens, golden shields, and, of course, ice dragons. The slot features high-quality graphics and smooth gameplay so it is very visually appealing.

Ice Dragons are scatters in the game and landing three of them on the reels triggers the free spins mode. During the bonus, all wins are tripled and every additional dragon scatter landing on the reels adds one extra spin.

However, there is more to Age of Ice Dragons. Landing golden shield wild symbols on the reels adds to that particular reel's Wild Collection. Filling the collection by gathering three shields initiates the Wild Column, which remains on the reels until there are no more Collection icons to use.

Finally, the game features a progression bar, which is slowly filled as you collect wins and land scatters. Every time a player completes the progression bar, they will receive a corresponding cash prize expressed as a multiplier of the stake played.