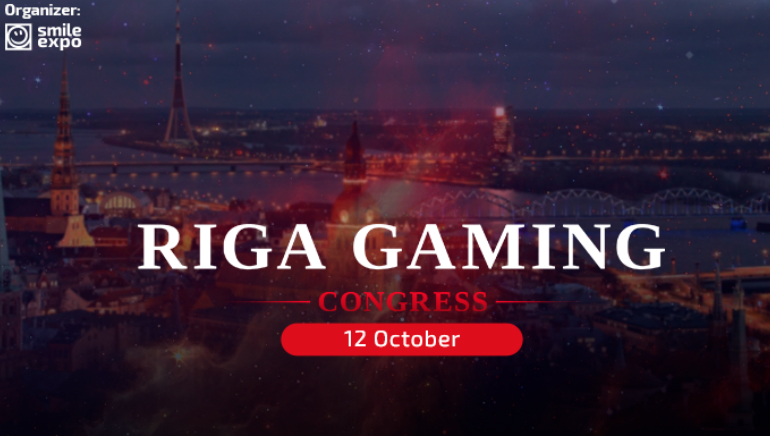 The first-ever Riga Gaming Congress will take place on October 12, 2017, in Riga. It will focus on the development of land-based and online casinos, bookmaking, eSports, fantasy sports, application of blockchain technologies, and virtual reality.

The first-ever Riga Gaming Congress will take place on October 12, 2017 in Riga. The congress is being hailed as an international gaming event, and it will look toward the future of iGaming in Latvia. The congress will encompass the development of both land-based and online casinos, bookmaking, eSports, fantasy sports, application of blockchain technologies, and augmented and virtual reality.

History of iGaming in Latvia

Latvia has experienced ups and downs since its rough entry into the world of online gambling in the early 2000s. While it suffered a number of setbacks between 2007 and 2015, since 2016 the industry has been on the rise.

In 2016, Latvia’s online casino revenue was €18 million, four times more than it was two years before. There have been increases in the video game segment, in betting income, and in slot machine income. The range of services offered by online casinos has also expanded, which perhaps accounts for the new and renewed interest of Latvian players.

But it’s not only Latvian players that are showing a visible interest in online gambling; international operators have also been realizing the potential of the Latvian market. For example, Playtech, one of the world’s leading gambling software developers, recently established its live casino studio in Riga.

About the Riga Gaming Congress

The Riga Gaming Congress was organized based on the belief that online gambling has a large role to play in the future of Latvian interests and economics. The congress will address the possibilities for industry growth, development, and expansion, and will feature an exhibition as well as a line-up of expert speakers.

The conference promises to attract entrepreneurs, manufacturers of hardware and software, investors, representatives of payment systems, software developers, bookmakers, and more. The official language of the conference is English.

The organizer of the Riga Gaming Congress is Smile Expo, a company with 11+ years of experience in organizing large international events, specifically in the gaming and cryptocurrency industries.