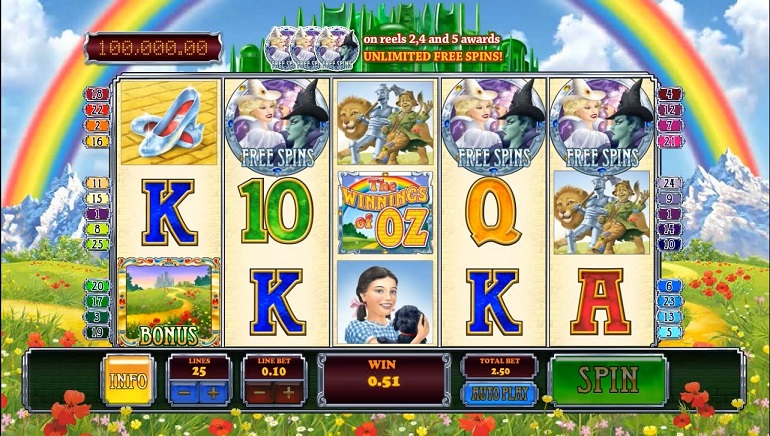 bet365 Casino has unveiled five new slots that will appeal to fantasy lovers. The Winnings of OZ and Fairest of Them All are just two of five great games to play in January.

bet365 Casino has launched five new video slots for January 2016, each of which features various fantasy themes. The new slots include Bounty of the Beanstalk, Fairest of Them All, Life of Brian, the Winnings of OZ, and Sinbad’s Golden Voyage. All of these slots will be available at bet365 Casino in January.

Bounty of the Beanstalk

Jack and the Beanstalk has once again inspired a fairytale slot game. However, not many of the equivalent slots can compete with the potential rewards of Bounty of the Beanstalk. This is because the slot features 50 paylines alongside a progressive jackpot. There is also the Giant’s Treasure bonus round plus free spins to unlock.

Fairest of Them All

Mirror, Mirror, on the wall… goes the iconic line from Snow White and the Seven Dwarfs. Fairest of Them All is the second new slot to feature a progressive jackpot, but players can also win from the 20 fixed paylines. Six lucrative game modifiers plus free spins and a bonus round also support the slot.

Monty Python is a British comedy group that previously inspired the development of the Spamalot slot. Well, Life of Brian is now the second hilarious slot based on Monty Python. Incredibly, this is the third new slot to have a progressive slot. Life of Brian is a 30-payline slot that also comes with a staggering 10 bonus features to unlock.

The Winnings of OZ

To this day, the Wizard of Oz remains a favourite film for millions of people. And now players can travel along the Yellow Brick Road in a slot-based adventure with 25 paylines. Supporting the core game are the free spins and bonus rounds. There is also major replay value for players who wish to unlock the Wizard and Yellow Brick Road bonuses.

Sinbad the Sailor is a centuries-old, fictional hero who hails from the Middle East. The magical nature of Sinbad’s tales is reflected in the slot having six reels instead of five. Sinbad’s Golden Voyage is then filled out by the inclusion of special features, including stacked symbols and free spins.