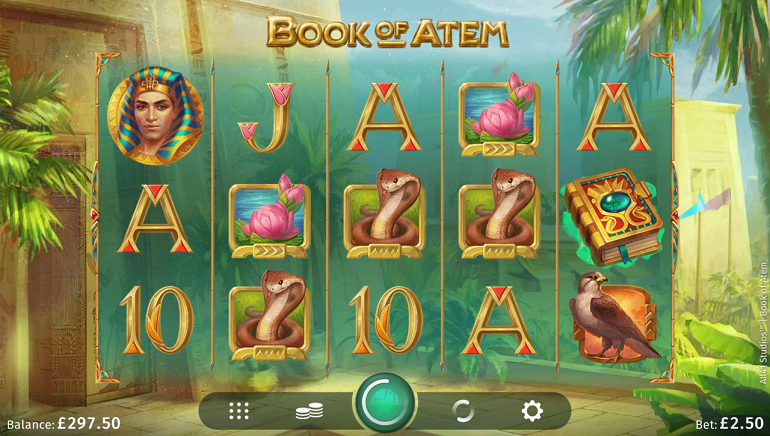 African Quest, Book of Atem, and other brand new video slots are scheduled for release in January 2020 at participating Microgaming casinos.

Microgaming is starting 2019 with a bang by releasing several eagerly anticipated new games this January. Each title has been developed by one of Microgaming’s independent studios partners, who work on exclusive distribution deals with the software provider.

All41 Studios will follow up Magic of Sahara with another title based in North Africa. The Book of Atem slot is a five-reel adventure in which players are encouraged to discover the mysteries of Ancient Egypt. Included are 10 paylines, the ability to trigger free spins, and the chance to win a 5,000x multiplier.

Just for the Win is Double Lucky

Double Lucky is another adventurous release scheduled for January. This time, the slot takes place in East Asia and will present a vivid spectacle for the eyes. Just for the Win has taken the lead on the development of a five-reel slot with 17 paylines and double images of turtles, frogs, and dragons.

The Double Lucky Line feature only allows doubled-up symbols to appear on the middle reel. During the action, wilds can appear completely at random to combine with double symbols. Lucky Wilds are capable of triggering further free spins when active.

Be Adventurous in African Quest

An expanded slot interface with five reels by four rows allows for 1,024 ways of winning. Triple Edge has also been permitted to utilise Hyperspins™, a Microgaming in-game feature that can provide players with re-spins. During play, three or more scatters can enable free spins and wild symbols worth up to 64x.

Capping off the January release schedule will be The Incredible Balloon Machine™, as developed by Crazy Tooth Studio. Although filled with fun and fancy, the slot includes a technical special feature known as WiNCREASE™.

Users who play The Incredible Balloon Machine™ have the chance to trigger multipliers of up to 10x. And there’s a Pick Bonus mini-game in which balloons can be inflated for the chance to win rewards.