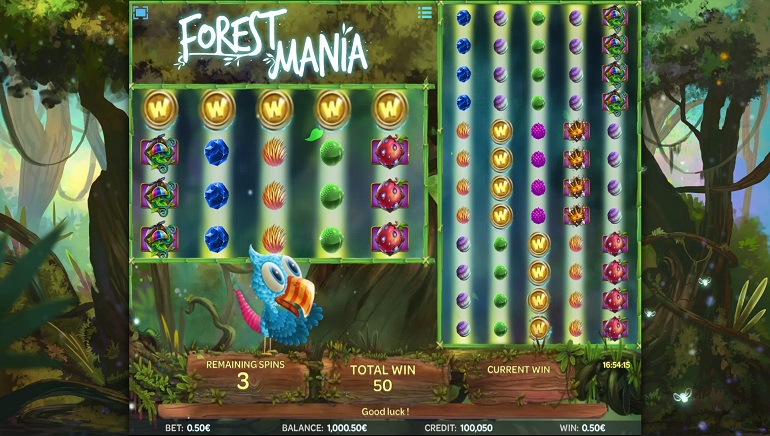 iSoftBet recently released Forest Mania slot, a unique game that runs on 2 sets of 5-reels - one with 4 rows and the other with 12 rows. This feature-rich slot game showcases Free Spin rounds, Wild Reels and Extra Wilds.

iSoftBet, a leading casino games software provider, announced the launch of its latest slot game Forest Mania. This woodland-themed slot game is played on 2 sets of 5 spinning reels. The first set of reels features 4 rows and the second set of reels  features 12 rows.

The rich audio-visuals of the game create a virtual forest of fun for players, for mobile and PC.  Forest Mania is played on 100 paylines and it sports many features. These include Free Spin rounds, Extra Wilds and Wild Reels.

During the course of the game, players become fully immersed in an exotic forest paradise while roaming through the tall trees and dense brush. A myriad of colorful creatures pepper the reels during this slots adventure. Players are tasked with forming winning combinations of symbols on the spinning reels.

Online slot players can enjoy Forest Mania on desktop and mobile at all participating iSoftBet casinos like 10Bet Casino, Oshi Casino and Mucho Vegas Casino. The game is certified for real money play in multiple regulated markets including Denmark, Spain, Portugal, Italy and the United Kingdom. The quality of the audio-visuals allow for an engaging and rewarding slots experience.