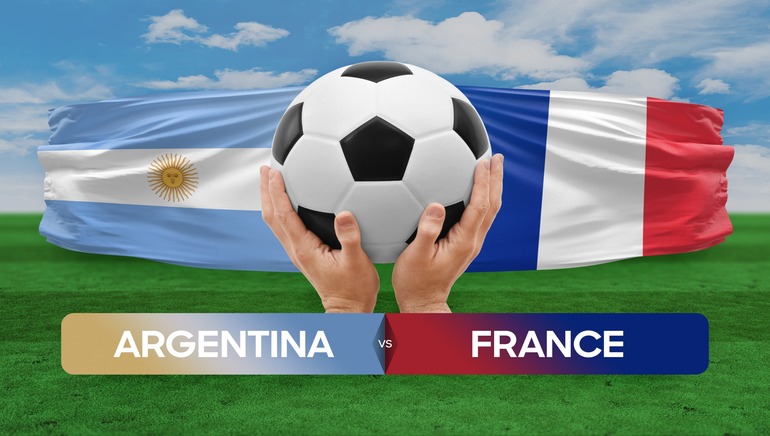 Argentina and France lock horns in the much-anticipated World Cup 2022 final on Sunday, with Mbappe and Messi leading their teams to a coveted trophy.

The most important football tournament of the year will reach its conclusion this weekend, with France and Argentina in the spotlight. The two teams will play the final on Sunday, while Croatia and Morocco will duel for the third place one day before. European football also resumes this week, with the Celtic and Rangers ushering in the return of the Scottish Premiership.

Mbappe and Messi Duel in France vs Argentina

Argentina and France advanced to the final without conceding a goal in the semi-final and are poised to deliver a memorable performance. The two teams are evenly matched and with no injury concerns ahead of this key match, they have the same chances to win. 1xBet offers identical odds of 19/10 on each team to win, while a draw that would send the match to overtime is priced at 2/1. We slightly favor France, due to its superior experience and solid starting formation, but the Messi factor can’t be ignored.

Croatia and Morocco Compete for the 3rd Place in the World

The dream ended abruptly for Morocco and Croatia, as they were unable to score in the semi-finals. They still have one more game to play in the tournament, with both teams hoping to secure third place. The stakes are particularly high for the African nation which never made it this far in a World Cup. They have two players injured and lack experience at this level, hence the underdog status and odds of 22/10. bet365 sports offers odds of 13/10 on Croatia winning and we expect them to prevail in regulation time.

Rangers and Celtic Usher in the Return of European Football

The Scottish Premiership resumes this week, with Rangers and Celtic dominating the championship. Both teams have alternated positive results with disappointing games and hope to return with a victory. Rangers welcomes Hibernian on Thursday evening, and despite having several players missing due to injury or suspension, they are priced at 3/10. The visitors won just one of the last 10 matches, so the higher odds of 8/1 offered by bet365 sports are fully justified.

Celtic plays on Saturday on the road and can expect to have its finest players in the starting formation. Only two footballers are doubtful ahead of this fixture, so they should field a competitive first 11 against Aberdeen. This is a team they’ve dominated in the past, so despite the recent struggles, odds of 2/5 are warranted. The last time Aberdeen defeated Celtic was in 2018, hence the odds of 6/1 to do it again.

The odds mentioned here were accurate at the featured bookmakers at the hour the article was written, respectively, on Thursday, December 15 at 7 A.M. UK time.