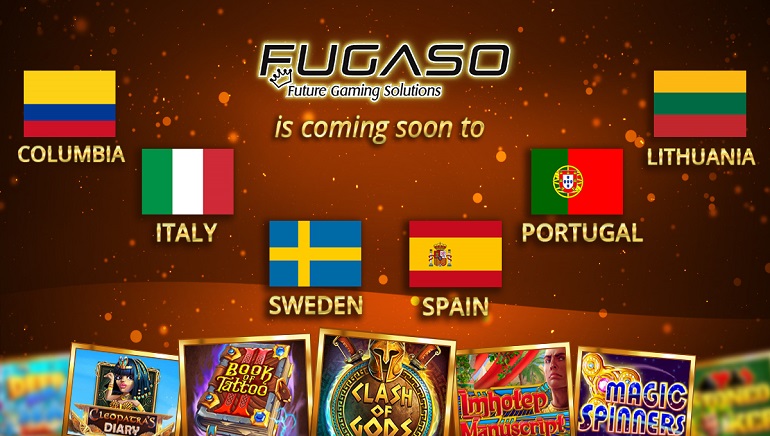 The popular game developer has set its eyes on fresh regulated markets looking to expand its global reach and secure greater visibility for its gaming products.

Fugaso, a game developer that's left quite a mark in the iGaming industry in the recent years, has its eyes set on new markets. The company will be looking to enter a number of new regulated areas in the near future, including Portugal, Spain, Italy, Sweden, Lithuania, and Colombia.

Modern Developer Focused on the Player

One of the leading ideas of Fugaso's approach to business is to focus on the player, creating games and gaming environments that capture the users' attention and inspire them to keep coming back for more.

The company is certified by QUINEL and this certificate confirms that all Fugaso products are fully in line with various laws and regulations in terms of security, fairness, RNG, and all other important components.

This serious and responsible approach has enabled Fugaso to quickly expand its reach around the globe and the announced expansion to new markets comes as a logical and expected step.

Once the expansion is completed, players in the new markets will gain full access to Fugaso's colorful gaming library. As of right now, the developer offers several dozen slots and some of their titles, such as Clash of Gods, Book of Tattoo, Magic Spinners, Imhotep Manuscript, and Cleopatra's Diary have been hugely successful with the existing player base.

In addition to slots, Fugaso has also ventured into the world of table games with products such as Lucky Spin Euro Roulette, Neon Blackjack, Neon Roulette, and Trump It Blackjack.