Game of the Week - Roulette is Always in Style 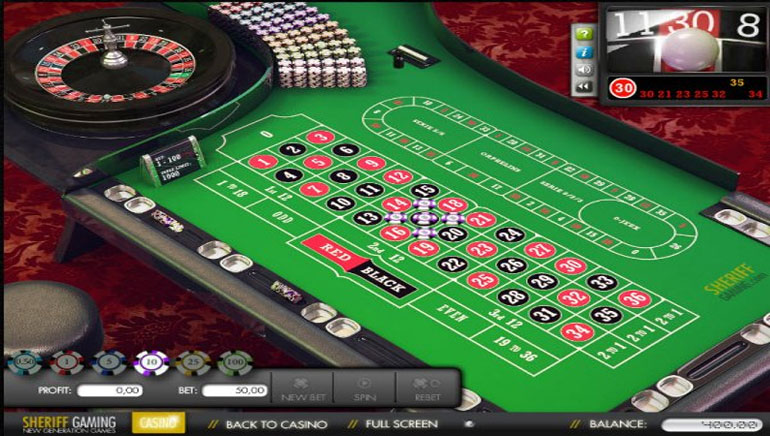 European Roulette is Sheriff Gaming's newest release so take your chances to win big money on your mobile device.

Sheriff Gaming is one of the newest and most adored online gaming software developers in the industry today.  They have quickly become one of the most respected companies in the world due to their unique and innovative games and the quality of each game.  Sheriff has been chosen as our Game of the Week many times before and few developers are as deserving as they are.  The game variety, amazing design, fun games and incredible animations are second-to-none and we firmly stand behind our decision to choose their variation of mobile European Roulette as this week's Game of the Week.

European Roulette on your mobile device is one of the greatest ways to kill some time while having a blast.  The rules of this classic game haven't changed since the 18th century and what was fun then is even better now.  To play European Roulette by Sheriff Gaming, you'll need to first find a recommended brand to play it on like EUCasino and Vegas Winner, two brands that have dedicated themselves to Sheriff Gaming and all there new 3D games.

European Roulette is quite different from American Roulette in that after Roulette was created with only one zero and 36 numbers (black or red), it became standard at brick and mortar casinos to add a double zero to the wheel improving their own odds.  This version (American Roulette) can still be found virtually everywhere today but if you want better odds and to play the original style of the game, European Roulette is still your best bet.

Casinos throughout Europe added a special rule known as "La Partage" in which the player loses half of their money if the ball lands on zero.  This special rule addition only affects outside bets and it actually cuts the advantage the house has to 1.35%.  The game is fast, a cinch to learn and with the quality that Sheriff Gaming has put into this mobile version, it's our Game of the Week.  Try your luck today at an online casino reports casino.