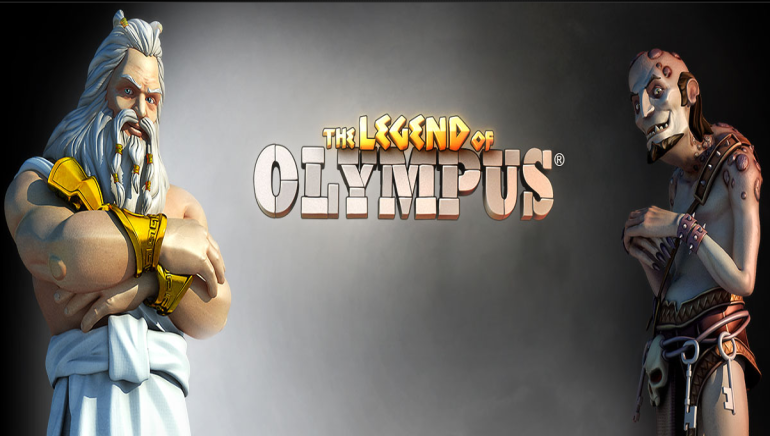 The Legend of Olympus from Odobo is a simple and highly fun video slot themed after Greek mythology.

Quite a few online casino games are themed with an ancient Greek setting, but one which really stands out is The Legend of Olympus from Rabcat.

Battle of the Gods

A 5-reel, 20-payline video slot, The Legend of Olympus brings to life the Greek mythology in vivid colors, crisp sounds and smooth animations. The game's theme pits the father of gods, Zeus, against Hades - god of the underworld. The reels are set inside an ancient Greek temple with symbols consisting of Greek gods like Poseidon, Aphrodite and Hermes alongside the two main combatants, and other symbols which are associated with ancient Greece like spades and shields.

Winning combinations on the reels of The Legend of Olympus can yield some very impressive payouts: For example, four Zeus symbols on adjacent reels will pay out 2,000 coins while five can trigger the slot's jackpot – 20,000 coins. Free spins are always guaranteed whenever three or more Zeus symbols are landed: This triggers a nifty animation showing Zeus throwing lightning strikes at Hades which results in up to 14 free spins which can be retriggered.

Hades himself serves as the slot's wild, filling in for winning combination save for free spin and coin symbols. Three or more coin symbols activate the slot's bonus game where players choose chests for cash bonuses. In addition, the slot also features a gamble feature giving players a chance to double each win.

Based in Vienna, Rabcat is an established developer of applications and games for iGaming platforms, and its partnership with Odobo allowed it to give a more widespread exposure to its games via HTML5. The Legend of Olympus is one of Rabcat's most popular games with awards to its name, and it can be played at BETAT Casino.