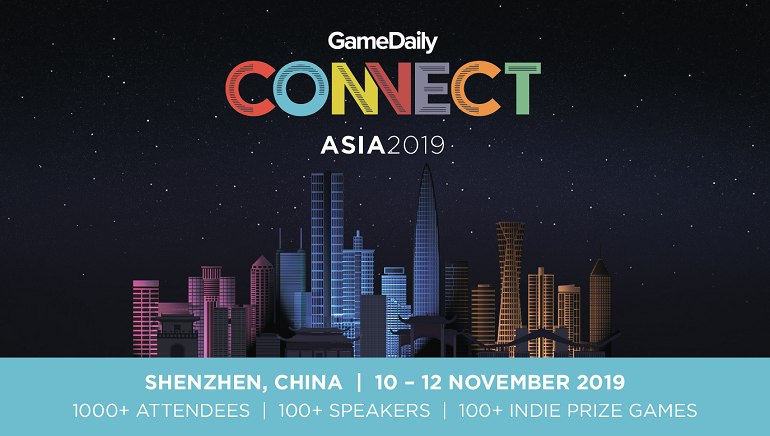 Taking place annually, GameDaily Connect Asia is a conference for game developers and host of the Indie Prize Awards & Showcase.

The GameDaily Connect Asia game conference is taking place in November 2019 for the purpose of giving attendees an opportunity to meet with digital gaming executives in China. With so much packed into the B2B-focused schedule, it’s certain to be a busy conference.

GameDaily Connect Asia is arranged by a number of prominent companies associated with iGaming and conferences, including Greenlit Content, iDreamSky, and ReKTGlobal. Thus far, top game executives from the likes of Amazon, Bytedance, Devolver Digital, Microsoft, and Tencent have been counted among the expert speakers presenting for the audience.

This conference is similar to other popular gaming events in that delegates attend in order to gain fresh insights and be inspired by their industry. At the same time, GameDaily Connect Asia is also planned to allow for delegates to meet successful companies and key decision-makers with a view to striking important deals and strategic agreements.

Meanwhile, at the heart of GameDaily Connect Asia is a desire to combine the thought leadership of the Eastern and Western gaming development industries. In a typical conference, this might constitute the sharing of ideas in relation to user acquisition, cloud gaming, subscription models, and specialist geographic markets and challenges. Quite often, similar ideas are presenter together within “tracks”.

GameDaily Connect Asia has also become known for hosting the Indie Prize Awards & Showcase, whereby a large number of independent developers are brought from all over the world to compete against one another. Ultimately, the aim is to identify and reward the brightest independent gaming developers in the world today.

The Indie Prize Awards & Showcase is a concept that appears across all GameDaily Connect conferences throughout the year. In this case, the Asian event offers a unique opportunity to attract up-and-coming developers from the surrounding region. Although open to all game developers, iGaming specialists can also get involved in the proceedings.