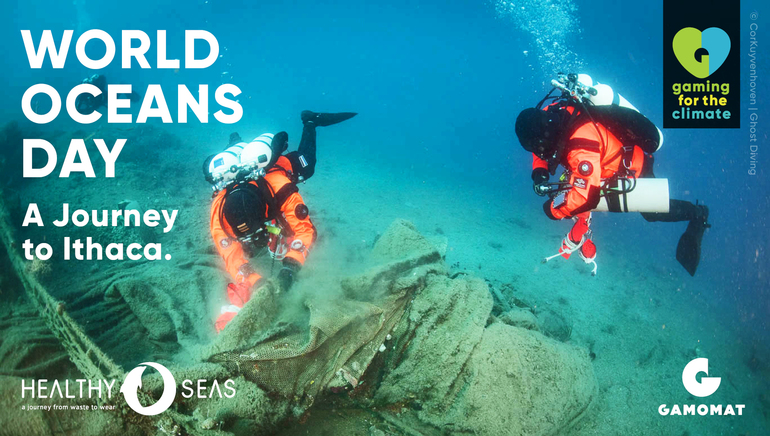 GAMOMAT, a German software developer for iGaming content, is making waves with its inaugural Gaming for the Climate donation to commemorate World Oceans Day. In addition, the company donated to Healthy Seas, and it looks like the tide is already turning!

GAMOMAT needs no introduction to slot fans. Established in 2008 as a top tier brick and mortar enterprise, GAMOMAT boasts an impressive portfolio of games spanning the entire spectrum. After moving into the iGaming industry, its portfolio of products swelled to include an amazing array of attractions. Today, the software giant features an astounding 130+ slot machine games in real money mode and demo play mode and a variety of social casino verticals.

But the big news comes hot on the heels of the Book of Oasis slot machine games released in December 2021. As part of the Gaming for the Climate initiative, a percentage of Book of Oasis slot proceeds were donated to the Healthy Seas. Their work is geared towards protecting the oceans around the world. GAMOMAT’s first donation already hit home by allowing a cleanup operation in the Mediterranean.

Volunteer divers in Ithaca, Greece, have been hard at work cleaning up and removing ghost nets abandoned by fishers in the area. These abandoned ghost nets pose a clear and present danger to the ecosystem, including sea creatures, seaweed forests, coral, et cetera. Removal of the fishing nets is helping to restore balance to the marine ecosystem. An environmental calamity has been averted.

The Posidonia of seaweed forest is home to a veritable treasure trove of sea creatures. These forests provide ample food, serving as an undersea haven for all the creatures and their offspring. The seaweed forests serve a dual purpose of oxygen production and CO2 storage. The slow-growing seaweed has a lengthy lifespan, making it all the more worthwhile protecting.

About GAMOMAT’s Portfolio of Games

GAMOMAT Distribution GmbH is working hard to support initiatives like the Healthy Seas by protecting the sanctity of the oceans from destruction and negligence. The Gaming for the Climate initiative is drawing praise from across the iGaming realm, and deservedly so. GAMOMAT’s extensive library of content is enjoyed across the globe, in 35 countries and 27 languages. Dozens of people work hard to craft these innovative casino games for players to enjoy.