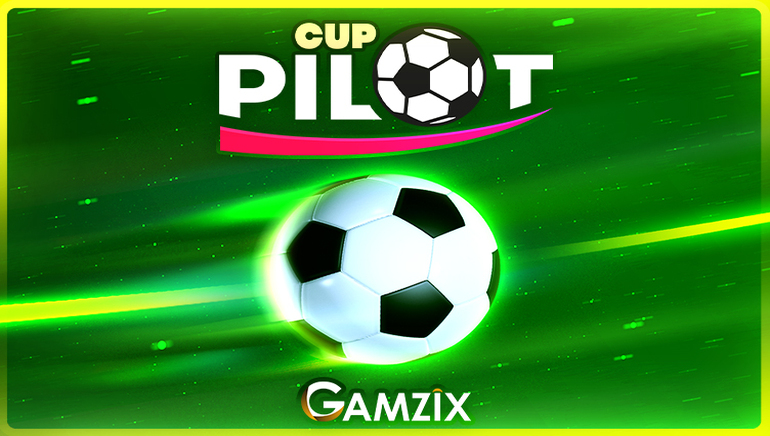 Pilot CUP is the latest crash game reskin from Gamzix, a highly anticipated title released just in time for the World Cup.

Gamzix stands together with football fans who anxiously anticipate the beginning of the FIFA World Cup 2022. The most important football tournament of the year is upon us, and Qatar will host what promises to be a fantastic competition. To mark the occasion, the iGaming development studio has announced the release of the Pilot CUP. If the name sounds strangely familiar, that’s because this is a reskin of the popular crash game and can be found at leading online casinos.

Pilot CUP is a fun game, and despite its enduring popularity, it is defined by simplicity and robust gameplay. It has all the essential ingredients in the recipe for success and stands out from the lineup of crash games with an original theme. A glance at the main game specifications will highlight the fact that it has a return to the player of 96.6%. This is way above the industry average, so it appeals to prospective players who seek the best returns on investment in the long run.

Players can download the risking on their devices of choice, and since this is a lightweight of only 3.8 MB, you won’t require significant resources. Real football fans will also appreciate the fact that the game will run smoothly, even on older smartphones and tablets. You can celebrate the FIFA World Cup 2022 by playing Pilot CUP on mobile devices running on iOS and Android operating systems.

The new release enables the changing of skins for individual casinos and is supported in 22 jurisdictions. This high level of localization makes it a highly versatile day game that people from all over the globe can enjoy. Add to this the fact that Pilot CUP is supported via web view and different types of currencies, including crypto, are accepted, and you’ve got a winner.

Gamzix Makes Games for the Gamers

Player satisfaction has always been the primary goal of Gamzix, a company that develops games with gamers in mind. Pilot CUP is a shining example of a slot that meets the expectations of fellow players, with features and game mechanics popular among modern gamers. Unsurprisingly, they chose the World Cup as a source of inspiration, as this is the most anticipated event of 2022. Players can try the game on real money or the demo version to familiarise themselves with its gameplay.