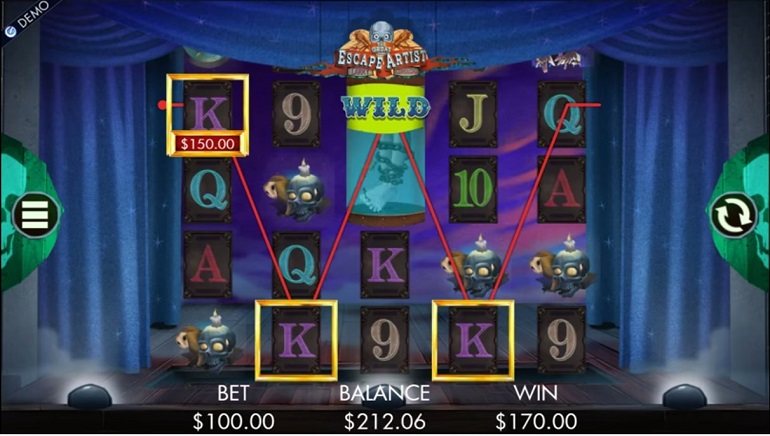 Genesis Gaming has just released its latest video slot game, The Escape Artist, starring Larry Linguini, the man who made a pact with the devil.

Genesis Gaming has just announced the release of a brand new video slot game, The Escape Artist. The new game is available to play exclusively at Unibet Casino, and is optimized for Flash (desktop), HTML5 (mobile) and Native (iOS/Android) formats.

Scott Sims, Head of Global Design at Genesis Gaming, commented on the company’s latest release, “The opportunity for large wins in this game is complimented and well balanced by the vivid art and animations. We design our games to be engaging for the true gambler, yet entertaining for the more casual player."

James Watson, Director of European Sales for Genesis Gaming, added, "The game has elements of both humour and fright, providing lots of entertaining fun for players.”

The Escape Artist is a 5-reel, 50-line video slot starring Larry Linguini, an unknown magician who signs a deal with the devil to become the best Escape Artist in the world. The mysterious and intriguing story line makes this video slot unique and suspenseful, with a spooky soundtrack, haunting graphics and special features that offer players many opportunities to win lots of money.

Genesis Gaming was founded in 2008, and since then has built itself into a key supplier of slot content to some of the most prominent manufacturers in the online gaming industry. Genesis Gaming currently offers over 150 slot games which work across all digital platforms, including online, mobile, real-money and social gaming play.