The Genii games are being offered across an increasing array of platforms.

Genii has announced a partnership with Omega Gaming to continue a whirlwind of corporate activity and expansion over the last two months.

Genii's platform will be offered via the Omega Core system.  The CORE solution provides a single point of management for all aspects of the gaming infrastructure, such as gaming systems, payment processors, bonus systems and third party services.

Omega managing director Peter van Tuyl explained his company's interest in Genii in the fact that Genii has accomplished so much in a relatively short amount of time, particularly in the distinction and innovation of the Spin16 slots category.

Genii sales director Nick Barr added his company's appreciation for Omega's unique approach to helping clients achieve their goals as complementary to his company's own “customer and partner-focused platform.”  He also looks forward to the rest of the industry seeing the strength of Genii products as a result of the deal as well.

The deal is a great example of how partnerships are proliferating and diversifying in the iGaming industry.  While regulation takes its own pace in each region, the infrastructure for full scale service and support is being set by the many deals being struck for platforms across multiple channels such as the one between Omega and Genii. 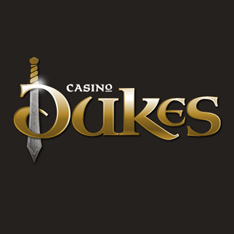