Get Artistic with High 5 Games' Diamonds By Da Vinci 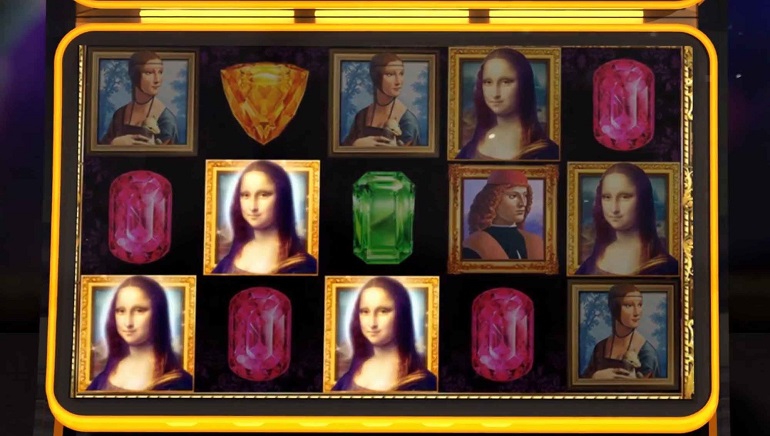 The new high-end slot game by High 5 Games is a modern take on the classic, inspired by none other than Leonardo Da Vinci.

High 5 Games (H5G) is one of the leading independent slot game providers in the industry. They have become widely-appreciated for their innovative games that have been adopted by many of the leading casinos on the web. Their newest installment is based on a classic slot game that they have aptly named Diamonds By Da Vinci.

Da Vinci is an exciting person to base a slot game. The love child of a lawyer named Ser Piero and a peasant named Caterina, Da Vinci did not partake in any formal education system, but, his works, inventions, and innovations are recognized as some of the best in the world.

Diamonds By Da Vinci is a 5-reel 3-payline video slot that takes after the original Da Vinci from an innovation standpoint. The game features Tumbling Reels that will reveal sparkling gems and bonus symbols that when triggered, take players to a variety of free games that intend to increase paydays.

The game is designed with some of Da Vinci's awe-inspiring pieces, like the Mona Lisa, Lady With An Ermine, and more. Line up the gems on the reels with a famous Da Vinci painting and the winnings will begin to pile up. The original game, Da Vinci's Diamonds has become one of the most popular games in the world and CEO/Founder of H5G, Anthony Singer is thrilled about this new addition to their portfolio. "This latest addition to our series of games inspired by the artwork of Leonardo Da Vinci promises to be our most immersive creation to date. The classic gameplay is still enjoyed by casino players across the globe today, and we’re sure that the Tumbling Reels and bonus rounds featured in Diamonds by Da Vinci will appeal to a wider audience and become a huge hit for operators.”

Diamonds By Da Vinci will be available at the top brands running H5G software.