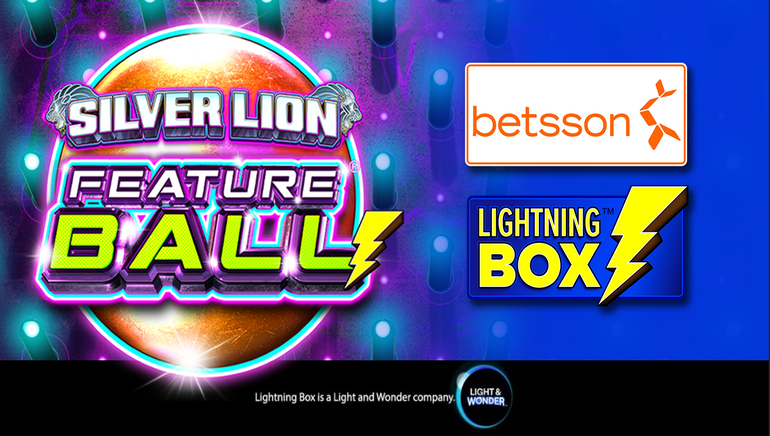 Silver Lion is one of the popular video slots from Lightning Box, a game that players can already enjoy at leading online casinos. Those who appreciate the original have another reason to be enthusiastic, as the software developer has announced a brand-new feature. The upgrade will see the new Feature Ball component in action, providing players with a new way to enjoy a timeless classic.

Silver Lion looks and feels great whether you play on computers or mobile devices, but this is by no means a new release. Lightning Box developed it back in 2016, and since then, it has become one of the most popular slots in their portfolio. The somewhat classic theme will see players taking a virtual trip to the African plains to unlock untold riches. Over the years, the game has developed a large following that cherished the high-paying nature of this game.

Silver Lion does many things right, but one of the main reasons it is so appealing to casual and veteran punters is its lucrative nature. The game has 1024 ways to win, so punters can walk away with a large payout while also enjoying frequent winnings. The best things come to those waiting for the bonus game, triggered by a minimum of 3 scatter symbols. They will produce between 8 and 20 free games, during which winnings are boosted.

Bonus Free Games have always been in demand, and they can be triggered during the regular free games. You need to find at least two Silver Lion Bonus symbols, namely a shiny red jewel that expands the duration of three rounds. The game was immediately ported to mobile devices, where it ran smoothly on Android and iOS power devices.

Turn the Heat Up a Notch with the Feature Ball

Lightning Box decided to breathe fresh air into its prized slot without straying too far from the original gameplay. This is how the Feature Ball came to be, as it acts as a worthy addition to a slot that has proved its worth over and over again. To trigger this unique feature, you need to discover Feature Ball symbols to begin a highly interactive game.

The Feature Ball feature tasks you with predicting the resting place of the ball by choosing 4 out of 7 pockets. Depending on how successful they are, punters can win free spins or a payout worth 100 times the bet. Silver Lion Feature Ball will be available at many leading casinos through the Games Global platform after the initial Betsson exclusivity.