Get Ready for Some Raging Kitties in Play'n GO's New Slot, Feline Fury 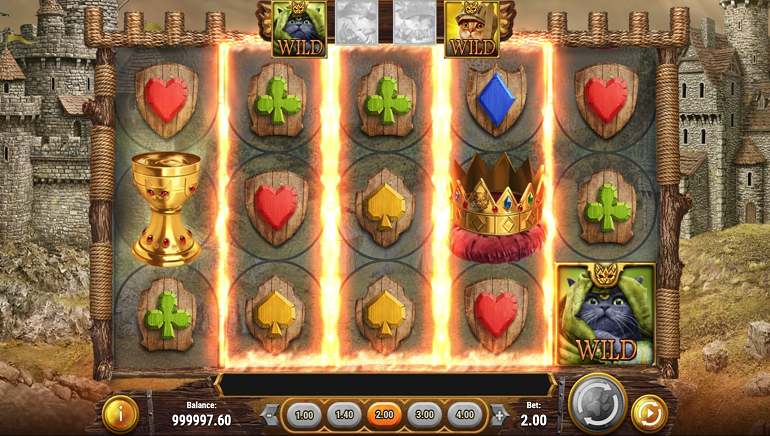 In the world of slots, it’s hard for developers to come up with something unique, but Play’n GO has certainly managed with Feline Fury. Set against a backdrop of a medieval castle, the reels showcase angry kitties dressed up in various costumes.

Feline Fury, the new slot release from Play’n GO, is either a stroke of genius or madness. It’s a fine line. The theme revolves around cats dressed in costumes, including a merchant, sea captain, mystic, and soldier. On top of that, the game is set in the Middle Ages, with a great stone castle in the background. Still, the unique theme may appeal to some players, and of course, there are features that make the slot worthwhile: Fury Wilds, Fury Reels, multipliers, and free spins. The maximum potential win of 5,000x the stake doesn’t hurt either.

Feline Fury is a 5x3 slot with 20 paylines. It's playable on all devices. The higher-paying symbols are cats dressed up in adorable costumes, while lower-paying symbols include the 4 card suits. There is a cat crown wild and a Holy Grail of Cat Food scatter, which is key in unlocking the game’s special features.

During the base game, 1 of the high paying cat symbols can randomly transform into a wild for that spin. When this happens, there is a chance that up to 5 reels will become Fury Reels. Any wilds that land within the Fury Reels expand to take over the whole reel. If a wild is already on the reel, a multiplier gets added.

Fury Reels can also come into play during the Free Spins round. If a scatter lands, players get an extra spin for each instance.

In the world of slots, it’s hard for developers to come up with something unique, but Play’n GO has certainly managed with Feline Fury. Whether it will appeal to every slot player is a different story, but the developer certainly gets points for creativity.

For players who enjoy seeing costumed cats, Feline Fury is a no-brainer, even if said cats are a bit angry. Players who aren’t so inclined might find the whole thing weird, understandably. Either way, the interesting theme is set against solid features and a decent maximum win of 5000x the stake. Players can see the slot for themselves at Play’n GO online casinos.