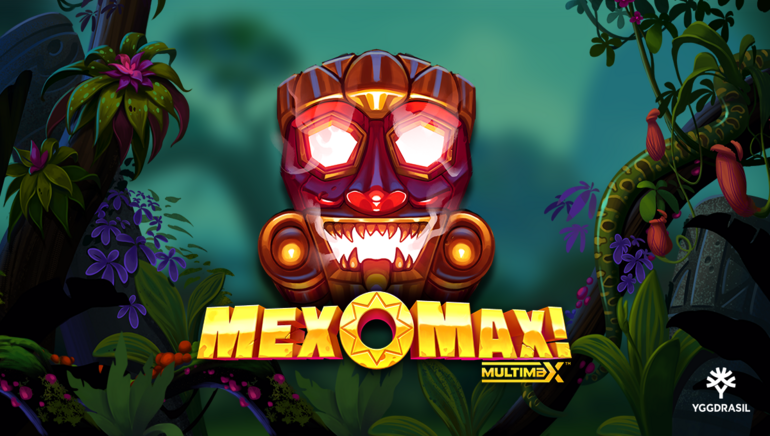 Yggdrasil is one of the most prolific software developers powering online casinos this summer. The company has released a plethora of themed slots, and the latest game goes by the name of MexoMax! MultiMax™. Those who are not afraid to venture deep inside the dark Aztec jungle will have the chance to win as much as 10,000 times the stakes. This is just the most appealing aspect of this game, but it also has cool game mechanics charming visuals, and mesmerizing sound effects.

This is not a game for the faint-hearted and risk-averse players but the perfect slot for people who seek to maximize their winnings. That's because the slot is defined by high volatility and in exchange, players are rewarded with a high maximum potential win. The prospect of winning as much as 10,000 times the bet is undoubtedly appealing, and there are other good reasons to start spinning the reels.

MexoMax! MultiMax™ has a cascade feature where winning symbols explode, creating space for new ones to replace them. Essentially, you will play more games with the same bag, not to mention that symbols are also thrown into the mix. A real multiplier is also added, so whenever you strike a winning combination, you have the chance to win a larger amount.

The luckiest players will have cluster wins multiplied several times until the multiplier is reset following a losing round. Some of the biggest winnings are unlocked during free spins, triggered by at least three free spin symbols appearing. The more such images pop up across the areas, the more bonus rounds are unlocked, with up to 11 up for grabs.

The prestigious software developer unveiled the MultiMax™ Game Engagement Mechanic (GEM) some time ago. Players already got a chance to tap into its incredible potential when spinning their wheels of Multilfly! MultiMax™ and YG Masters hit Crystal Falls MultiMax™. The new slot is also built around this unique game mechanic, so it offers the same amazing winning possibilities.

Add to this the fact that players can discover a treasure chest when least expected, and you've got a truly exciting slot on your hands. When this happens, players can win up to 100 times the bet, unlock free spins and multipliers, and everything increases if treasure chests appear during free spins.