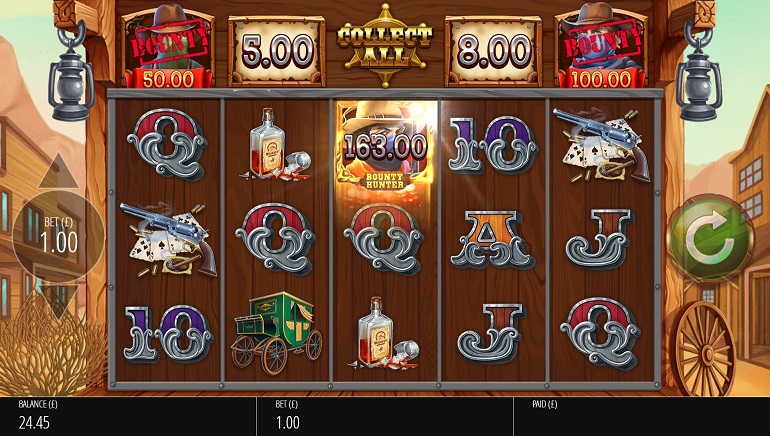 The latest Blueprint slot features a potential to produce wins up to 50,000 times the stake and offers engaging gameplay mechanics that make every single spin exciting.

The latest title by Blueprint Gaming takes players back to the Wild West era, giving them a chance to go hunting for some big bounties. Named King of the West, the new Blueprint slot features exciting gameplay, with a possibility of a big win on every single spin.

Taking a step back from what seems to be the norm these days, the King of the West slot features just 20 paylines. However, this is not a cause for concern as the game still comes with massive potential, as the maximum win is 50,000 times the stake.

Symbols featured on the reels perfectly reflect the main theme of the game. Gold-filled bags, chariots, whiskey bottles, and revolvers appear on the screen, and, when lined up properly, trigger big wins. Nice graphics are coupled with exciting music, creating a great atmosphere and pulling players inside the adventure.

King of the West isn't the first Wild West-themed slot and it certainly won't be the last. However, the company has found a way to make its game fairly unique and exciting, using interesting mechanics that make every spin filled with suspense.

Namely, the extra row situated above main reels features special prizes, consisting of cash, extra wilds, and free spins. When the Bounty Hunter symbol lands on a reel, it will pick up the corresponding prize.

If the Bounty Hunter lands on the reel with the golden star "Collect All" symbol, it will pick up all prizes in view. If it triggers the Wanted Wilds feature, random wilds will be added to the reels, creating potential for big wins.

In the free spins bonus, prize values are enhanced and there are more Bounty Hunters added to the reels, creating opportunities for this game to realize its full potential.

Although Blueprint's King of the West slot doesn't bring anything revolutionary we haven't seen already in one way or another with other games, it is an entertaining game with a lot of potential, so it'll likely attract quite a bit of attention from the players.