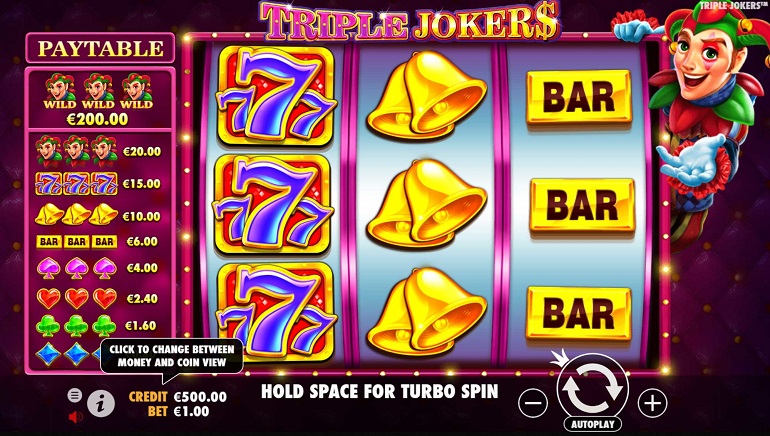 Pragmatic Play has gone joker wild with the release of Triple Jokers. Joker symbols can become wild and deliver a maximum €10,000.00 jackpot.

Pragmatic Play has come up with a simple yet effective premise for one of its latest releases, Triple Jokers. Appearing front and centre of the slot is the joker symbol, known for being a wild commodity when played with during card games.

In keeping with the name, Triple Jokers has been created with an interface that comprises three reels and three rows. As such, it is possible for players to spin nine symbols to appear on the reels. And, when the symbols come to a stop, there will be five paylines to potentially win from.

Playing at the maximum means that high rollers will have a shot at winning the €10,000.00 jackpot that is in place for matching three wild joker symbols. Below that, three non-wild jokers will deliver a €1,000.00 payout.

Pragmatic Play has even added a re-spins feature to Triple Jokers. This can be unlocked with three stacked jokers landing on the interface. Players will find that the re-spins keep on going until they are rewarded with a guaranteed win. At this time, the jokers will act as wild symbols for the re-spins.