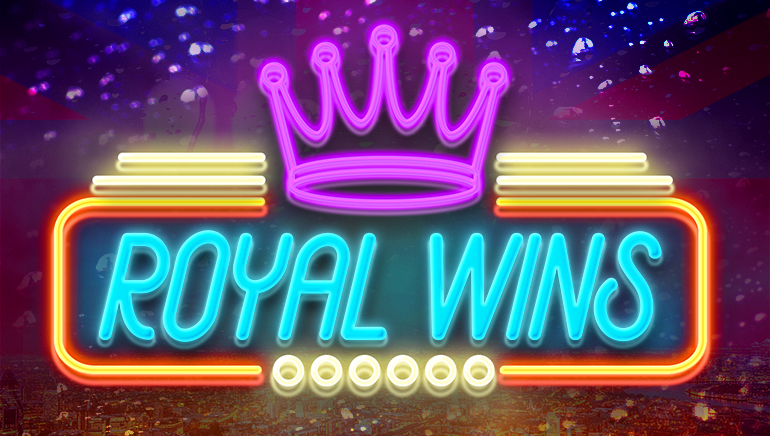 Royal Wins is a UK-themed online slot game where players get transported to the London metropolis where Big Ben, the Houses of Parliament, and the iconic red buses pepper the city streets. This classic game captures the Best of British in dazzling neon.

Royal Wins from Booming Games features plenty of exciting elements for UK slots fans, it's a true royal salute to Blighty. This regal game features an enticing selection of attractions including Free Spins, Gamble Features, and Stacked Symbols. It’s time to salute Buckingham Palace’s royal guard, and all the popular landmarks in the United Kingdom. There are 5 reels, 3 rows, and 20 lines of UK attractions. The game symbols include guards, lucky 7s, Big Ben, umbrellas, London Underground symbols, among others.

Melodious Slots to Cheer You On

There are Wilds and Scatters, Mega Win London Wheel symbols and plenty of stars on the reels. Royal Wins slot game is festooned with typically English symbols, and the music adds a jovial atmosphere to the slot game. This game is part of the Neon Signature Series of slots games that showcases beautiful cities around the world. The first such title – Vegas Wins – was received favourably by players around the world.

The head of business development at Booming Games, Mr Niehusen announced the release of Royal Wins slots on December 19, 2017. Everything is showcased in bright and cheerful neon, to attract players to the slot game. The stacked symbols add an exciting range of options to the game, and when 3+ Scatter symbols appear on the reels, players will be rewarded with 10 Free Spins. There is no limit to the number of times that Free Spins can be retriggered. The double or nothing gamble round allows players to double their wins if they pick the right selection.