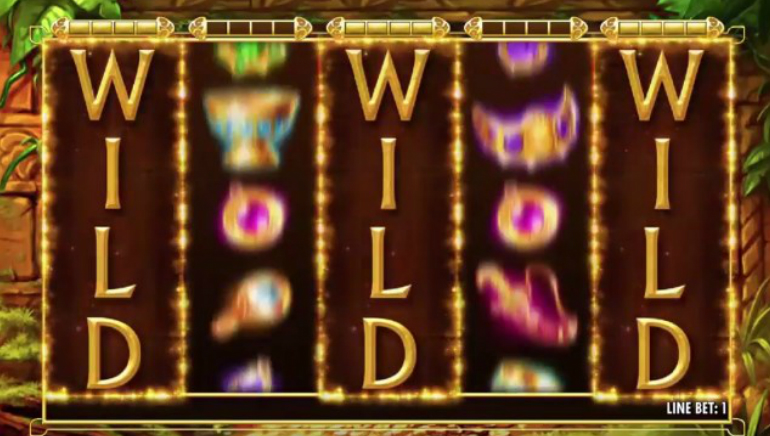 Christmas will come early at IGT casinos in December when the land-based Golden Jungle slot finally sees an online release.

Another jungle-based, exploration slot is scheduled for release in December 2016. IGT is the latest software provider that wants to develop a video slot for this genre. Essentially, this means IGT will be following in the footsteps of Microgaming’s Jungle Jim: El Dorado slot, which itself was inspired by NetEnt’s Gonzo’s Quest slot. What is it with software providers and the need to explore jungles? Perhaps Indiana Jones was a strong influence.

An interesting aspect of Golden Jungle is that IGT has already this game as a land-based slot machine. For this reason, it will be interesting to see if it can stand up to the advanced experiences offered by Gonzo’s Quest and Jungle Jim. It does not seem like Golden Jungle will offer the story-driven experiences of those titles, but the slot does have innovation to benefit from.

In the actual design, Golden Jungle has five reels, but there are four rows instead of only having three. As a result, IGT has made sure there are 20 symbols, which is five higher than the more common video slot design of 15 symbols. This expanded slot interface has allowed for IGT to integrate 50 paylines, which means players will not be short on opportunities to win.

There is a helpful tiger symbol that can fill two spaces and serves as a wild that can help players win more often. Players can also lock an entire reel of wild symbols in place during four re-spins if they can collect four idol statues. The scatter symbols are represented by golden gates, which can unlock event better benefits with the more that appear on screen – the options can range from wild reels to free spins.

When Golden Jungle is released in December, you can find it at IGT sites like 888 Casino, bet365 Casino, and Gala Casino.