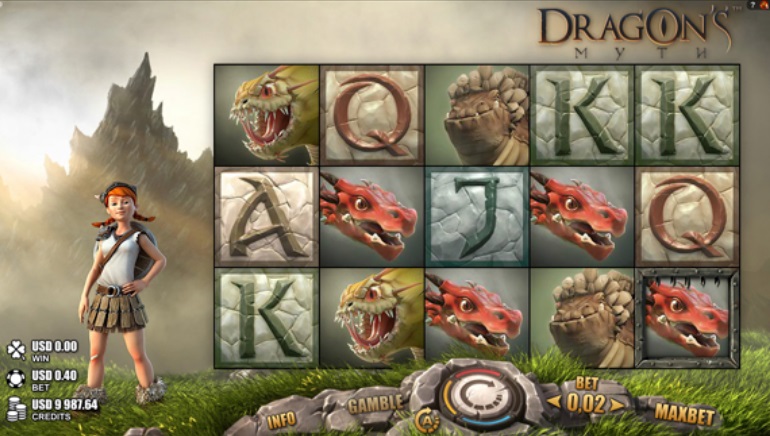 April 8th is the official release date of two hot new slots - Dragon's Myth and Rabbit in the Hat - on the Quickfire platform at Golden Riviera.

The Quickfire platform on which Golden Riviera is running continues to expand with new additions very often and the month of April has already gotten off to a great start, with two amazing new slots for players to check out. April 8th is the official release date and an overall exciting day that is sure to get players interested for the rest of the month thanks to these new games that join the hundreds of other titles at Golden Riviera Casino.

The latest creation from Rabcat is called Dragon’s Myth and it continues in a similar style to other new releases from the major software provider. Since the game is available on the Quickfire platform, Golden Riviera is among the first to feature it.

The online slot machine has 20 lines and the standard screen of five reels and three rows. However, the main thing that makes it stand out is its amazing graphics as the players will be taken on an adventure with 3D animations to face the dangerous dragons with the help of the female lead. There are fixed wild symbols, regular wilds, a free spins mode and a bonus game that makes sure the action is always intense.

Rabbit in the Hat

April 8th is also the release date of the magical slot machine Rabbit in the Hat from Microgaming and after much anticipation around this game, it is safe to say that it will become one of the biggest titles of the month; especially if we consider the Easter celebrations. Rabbit in the Hat has nine paylines for its five reels and the theme has of course a charismatic magician as the main character.

The magic show will keep players entertained with expanding wilds, cash prizes and a free spins mode. With a top prize of 90,000 coins, this game certainly has something up its sleeves.