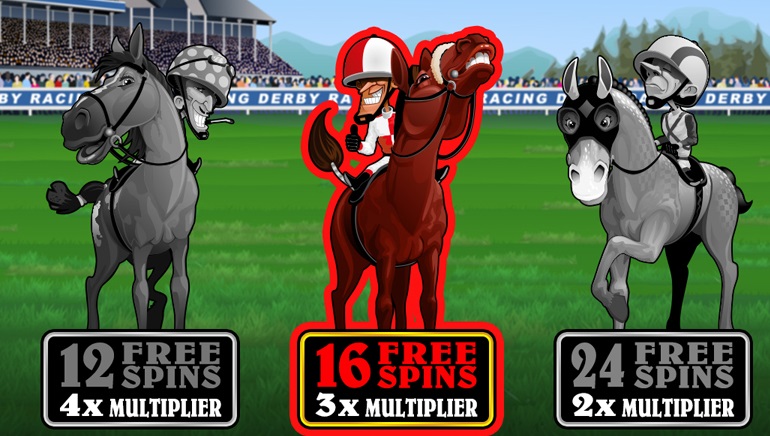 Golden Riviera Mobile is already expanding its collection of mobile games in 2015 by adding three new titles as of Wednesday 7 January. From that date onwards, users of Golden Riviera will be able to access the mobile trio of Vegas Downtown Blackjack Gold, Big Kahuna, and Sure Win.

Now available on mobile, this multi-hand version of blackjack can be accessed by Android and Apple users alike. Despite appearing on a smaller screen than desktop devices, this version is perhaps even slightly easier to use because of the touchscreen accessibility.

Next in the trio is the Big Kahuna slot, which draws inspiration from lavish paradise islands, as evident from the colourful selection of symbols that appear across the five reels of this nine-payline slot. Two interactive bonus rounds ensure that the excitement is not limited to Big Kahuna’s core gameplay.

Themed on horse racing, Golden Riviera fans of this pastime will really appreciate the addition of the Sure Win slot. Boasting outstanding cartoon visuals, the horses, jockeys, and various related items in this mobile slot will really stand out. Played over five reels and with 25 paylines, there is a special racing feature with free spins and multipliers.

Max Stern, a casino manager with Golden Riviera, explained that management wants to make the New Year “a rewarding one for our mobile players.” And, after the recent addition of three mobile casino games, current players can now access more than 30 table games, slots, and instant-wins.

Golden Riviera and its mobile casino are both powered by Microgaming software. At present, users with the latest Apple or Android devices can access Golden Riviera Mobile. And, to ensure that all data transmissions are protected effectively on mobile, 128-bit encryption technology is utilised.