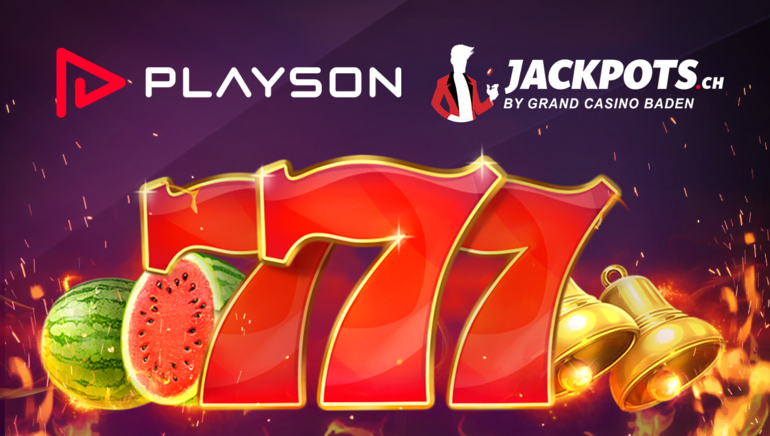 Playson and Grand Casino Baden have reached an agreement that will bring some of the most popular online casino games to the fingertips of Swiss players.

Playson is a leading digital entertainment supplier with a fast-growing portfolio of games appreciated by casual and veteran punters. It has a strong presence online, and its finest creations are enjoyed by casino enthusiasts from all over the world. Not surprisingly, these fine games have caught the eye of top Swiss casinos such as Grand Casino Baden. The two companies shook hands to bring Playson’s best games to the fingertips of Swiss players in the country’s largest online casino operators.

According to the agreement, Playson integrates its popular suite of casino games with the operator’s online brand Jackpots.ch, including recent releases Lion Gems: Hold and Win, Wolf Power Megaways™ and Diamond Fortunator: Hold and Win.

Playson Enhances its Presence in Switzerland

The software developer has consolidated its presence in many European countries and focuses exclusively on licensed and regulated markets. It creates a secure environment for its players and offers fair games that are enjoyable on real money and for free. After securing the partnership with Grand Casino Baden, they can enhance their presence in Switzerland and give local players a chance to enjoy top-notch entertainment.

Grand Casino Baden is a land-based B2C operator that was granted a license by the Swiss authorities and enjoyed an impeccable reputation. It already offers a broad spectrum of popular casino games, and its portfolio will be boosted by the addition of Playson's popular titles. Lion Gems: Hold and Win, Wolf Power Megaways™, and Diamond Fortunator: Hold and Win are just some fantastic games Swiss players can now enjoy from the comfort of their homes and on mobile devices.

Stadtcasino Baden Group is the owner of the Gamanza Group since 2022 and the eponymous platform. It will be used by Playson as a springboard to provide its best games and immersive promotional tools to the Swiss audience. Blanka Honor, Sales Director at Playson was the one to break the news, which is regarded as an important milestone for the company. Joining forces with one of the most respected operators in Switzerland will allow them to grow in this key regulated market.

Brian Christner, Chief Online Gaming at Grand Casino Baden shared her enthusiasm and looks forward to providing local players with Playson’s flagship games. The company he represents has a responsibility to provide Swiss players with the finest games, in a secure and transparent environment. This is precisely what will happen now that they’ve reached the agreement, which is likely to be just the first of many lucrative deals between the two online casino ventures.

Stadtcasino Baden AG is a company that operates coin-operated amusement devices, as well as a casino, restaurants, and bar in Baden, Switzerland. The company also provides venues for private celebrations.