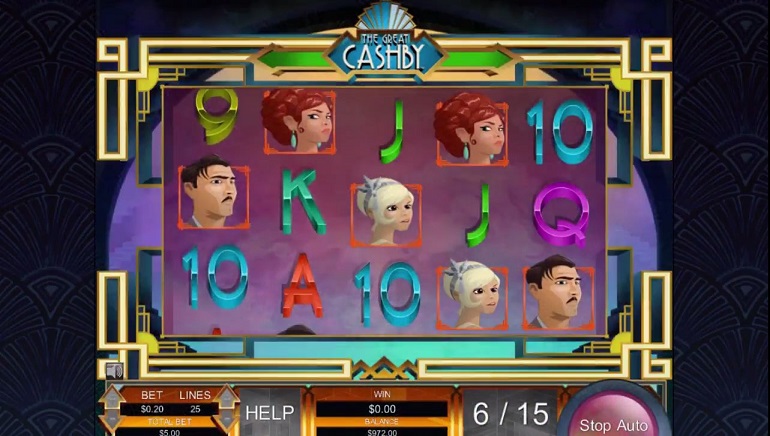 In recent news, it was revealed that Genesis Gaming’s Great Cashby slot was scheduled for a spring release. Well, the Great Cashby is indeed now available to play Unibet Casino’s HTML5 and Flash platforms, which ensures widespread accessibility for registered players who want to enjoy the game on desktop, smartphones, or tablets.

As the name would suggest, the slot game takes its inspiration from the Leonardo DiCaprio’s Great Gatsby film set in the 1920s, based on the classic F. Scott Fitzgerald novel. In creating the game, Genesis Gaming director of European sales James Watson has revealed the software provider sought to create a story-driven experience with interesting characters appearing throughout.

As such, players can expect an immersive slot filled with the key details from the 1920s, including a speakeasy, delicious cocktails, and art deco styling. All of those touches help fill out the five-reel slot and its 25 paylines, with players able to control how many they activate, allowing for close control over wagering.

There is even a hidden backroom bar that can be unlocked in the special features. After gaining access, players will encounter a bartender who shakes of cocktails. And the purpose of this display is for players to match three of the same drink, including the likes of Highballs, French 75s, and White Lady Cocktails. If this happens, players can earn up to a 48x multiplier.

Genesis Gaming has revealed that the bonus game has five levels for players to climb, with the appeal being a rising multiplier. Head of global design Scott Sims also explained that the symbols and stacked wilds have the potential to play a significant role in generating large wins.

Unibet Casino players can now experience the Great Cashby on their favourite devices. From March 2016, the ‘20s-themed slot will be widely available at Genesis Gaming casinos.