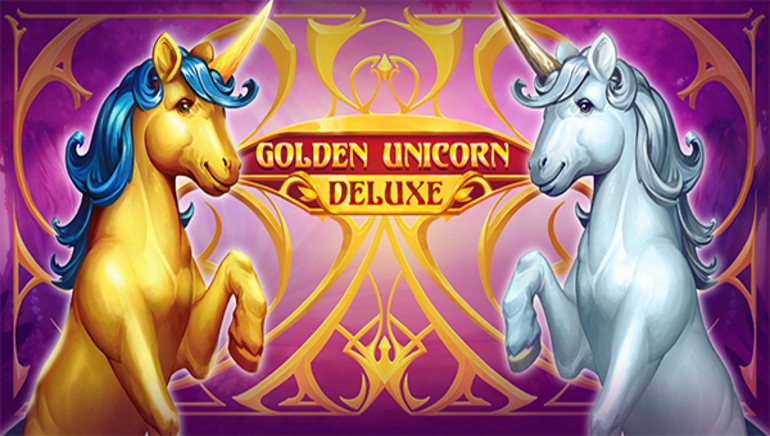 Habanero's new slot, Golden Unicorn Deluxe, has a serene setting that belies some seriously special features, including a Chest feature that reveals prizes and Free Spins that award up to 100 free games. This isn't just a slot for unicorn-lovers—it's slot for those who love high volatility games and special features.

Habanero has just released its newest slot—Golden Unicorn Deluxe, an upgrade from its original Golden Unicorn slot—proving that unicorns aren’t just for little girls. Though the slot undoubtedly targets the female audience, there’s a lot more in Golden Unicorn Deluxe than sunshine and rainbows. The reels are set against a background of lavender-leafed trees, but the serene exterior belies some seriously special features, including the chance to win a whopping 100 free spins.

Golden Unicorn Deluxe is a 5x3, 25-payline slot that’s playable on all devices. Bets range from .25 to 500 and wins are capped at 12,506x the stake. The graphics aren’t as vivid as we might have expected for a unicorn slot, but the soundtrack is serene and reminiscent of magical things.

Symbols include J-A royals, a ladybug on a leaf, a treasure chest, a castle, a princess of sorts, and a Golden Unicorn wild that can take up more than one position. All wins in which a wild participates receive a 2x multiplier. If five wilds nudge onto the reels, they can multiply wins by up to 32x the stake.

Some jurisdictions also offer a Buy Feature so players can go straight to the Free Spins round or Chest feature.

Habanero's Golden Unicorn Deluxe offers one of the best prizes out there: 100 free spins. That, along with the Chest feature and base game multipliers, make it appealing to players who enjoy volatile slots with big opportunities.

However, the slot doesn’t have the same mass appeal as some of Habanero’s more popular ones. Golden Unicorn Deluxe is a very niche game that will only appeal to a specific audience. Those who enjoy unicorns and enchanted worlds won’t be disappointed with the special features Habanero has included.