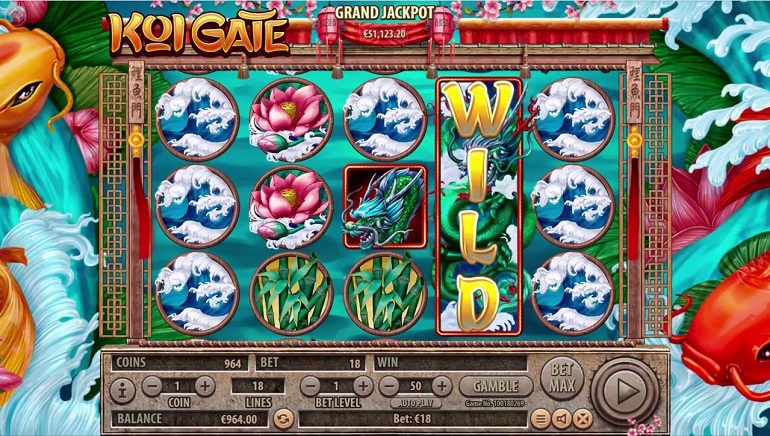 Habanero's Koi Gate slot takes on the Chinese theme with the qualities of the company's other slots likes Gold Rush, 12 Zodiacs, Sparta and more.

In developing Koi Gate, Habanero Systems has sought inspiration from China, where there’s an ancient legend of a determined koi fish that swims up through a series of waterfalls until reaching a mountain peak. At the end of the tale, the plucky koi fish transforms into a spectacular dragon.

Ahead of the release, Habanero Systems has unveiled a video preview on YouTube. This shows a slot game interface with a vivid art style that is tinged with calming blues and the orange shades that are commonly associated with koi fish. Calming sounds have then been included by the developer to round out the experience.

In regard to the interface, the slot has been developed with the trusted grid of five reels by three rows. This means that Koi Gate can show 15 symbols with each spin, so it’s been possible for Habanero Systems to integrate 18 paylines that are fixed in their functionality.

In terms of the gameplay, it has been stated that Koi Gate is designed with few special features, but that the slot is more focused on yielding larger wins at a slightly more frequent rate.

Koi Gate is to be expected at online casinos powered by Habanero software. This colourful new video slot has also been designed with cross-platform functionality that will ensure compatibility over mobile, tablet, and desktop devices with HTML5 browsers.