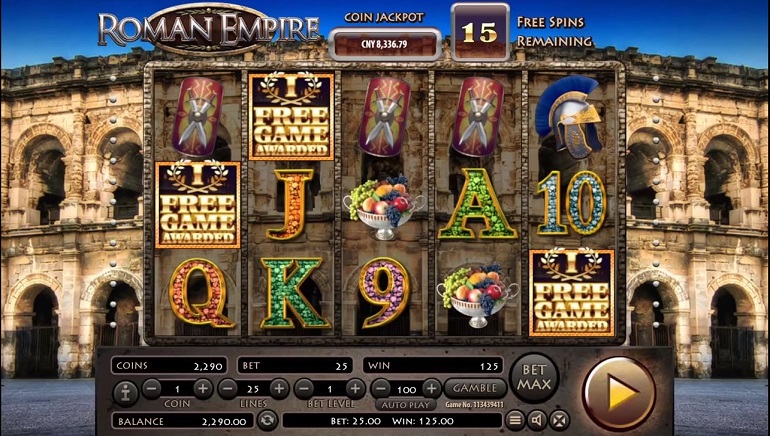 Habanero is bringing ancient Rome to life with its newest slot release, Roman Empire. Ancient Rome, always a period of fascination, has been explored in depth in feature films and documentaries - but now slots lovers can enjoy it on the small screen, while accruing some cash! Roman Empire can be played at Habanero-powered casinos like Club Gold Casino, Cool Cat Casino and 32Red Casino.

Roman Empire is a 25-payline, medium volatility slot, developed in HTML5, making it run smoothly on both desktop and mobile. Symbols on the reels include the Colosseum, helmets, shields, Cleopatra and Caesar himself. The soundtrack includes trumpets blasting, as if to herald incoming gladiators, and players can easily get caught up in the excitement of the game and the glory it promises.

One of the promising special features is when three Colosseum symbols land on the screen and the free spin rounds is triggered - during this round, players can win a no-limit maximum of free spins.

CEO at Habanero, Nic Ioannoy, commented on the company’s new release, “Roman Empire enjoys the same premium immersive quality of all of our new HTML5 games and its medium volatility will entice the maximum number of players. We’re very confident it will be a big hit with operators too, among whom our content is becoming increasingly popular.”

Roman Empire follows the release of a number of popular Habanero slot games: Bombs Away, Gold Rush, and Fa Cai Shen. To date, Habanero has over 50 slot games available, as well as 10 video poker games. Their games have been integrated into over 20 operators all over Europe and Asia, and are available in multiple languages.

The Habanero management team has over 40 years of experience in betting and gaming, and they have put this experience to use in creating popular online casino games that players around the world can enjoy. Currently. Habanero has offices in Johannesburg, Manila, Sofia, and Kiev.