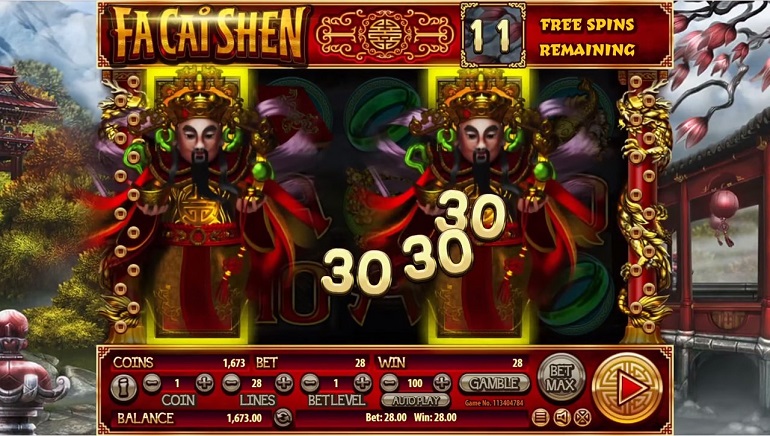 The Chinese God of Fortune will get their own video slot in 2016. Watch out for Fa Cai Shen coming soon to Habanero casinos.

Habanero Systems will continue its productive start to 2016 by launching a fourth slot game in the form of Fa Cai Shen, a Chinese-themed experience that will be available at Habanero-powered casinos.

At this time, details are hard to come by on this slot game that is named after the Chinese God of Fortune. That being said, the software provider has chosen to reveal that Fa Cai Shen will be a slot game that features five reels by three rows, which combine to enable players to activate up to 28 paylines.

During the base game, players have the chance to double their winnings by playing an optional side-game. And then Fa Cai Shen also features a special round of bonus spins, at which point the Chinese God of Fortune is guaranteed to land twice as an expanded wild symbol.

Fa Cai Shen will be the fourth of Habanero’s 2016 slots to be designed using HTML5 technology, meaning that all of them will be accessible across various browsers on multiple devices, with examples including Chrome, Firefox, and Safari.

Habanero’s other new slots to release in 2016 are Bombs Away, Dragon’s Throne, and Ruffled Up. Those new additions mean that Habanero now has close to 70 video slots, not to mention seven table games and 10 video poker titles.

At present, Habanero is working with more than 20 online casino operators and can provide linguistic coverage for up to 15 languages. From the current Habanero casinos, players will be most familiar with known brands the likes of 32Red Casino, Gala Casino, and Winner Casino to name a few.

Those online casino sites have been able to integrate Habanero games alongside their existing content in order to give players an even larger gaming library to access. And now the Fa Cai Shen slot will be added to the mix.