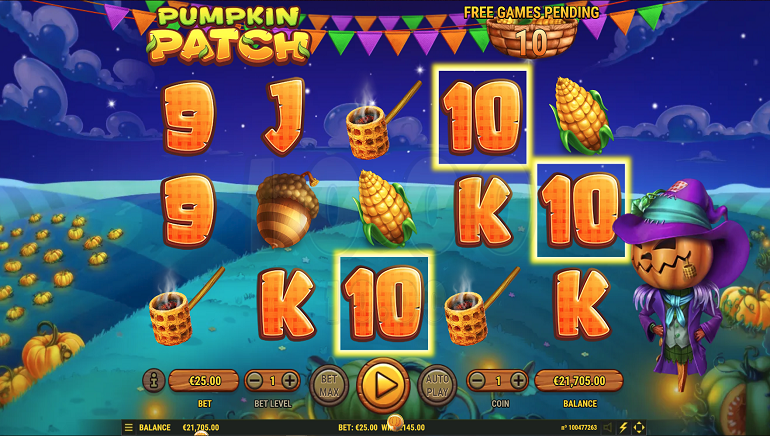 Visit the Pumpkin Patch at Habanero Systems to gather up a harvest of free games, expanding wilds, and chances to win both ways.

Habanero Systems is focusing on the pumpkin as a major element of Halloween for the software provider’s next new slot game. Having released just in time for Halloween night, the Pumpkin Patch slot can be played by users over desktop and mobile devices from November 2018 onwards.

Pumpkin Patch has the ability to transition between day and night, with the slot game taking place in a field setting. As part of the theme, pumpkins feature commonly in the symbols, but are also joined by the likes of crows, jack-o-lanterns, and playing cards to help fill things out.

In terms of the technical aspects, Habanero Systems has engineered Pumpkin Patch with a typically standard interface of five reels by the three rows. Collectively, this enables for the slot to display 15 total symbols for each spin, with the slot comprising of 25 paylines that are designed to let players to win both ways.

Having the ability to win both ways means that Pumpkin Patch has a medium volatility whereby wins can occur quite frequently and to a reasonable amount. Notably, the return to player percentage can shift, going up through 92.00%, 94.14%, and 96.79% to reach a high of 98.18%.

The base game carries a number of symbols that can be used for winning both ways over the paylines. Nevertheless, Habanero has also provided a handful of special features that have been included to give players bonus opportunities to obtain additional winnings.

First of all, the placement of any pumpkins and crows next to each other will transform the pumpkin into an expanding wild symbol. Secondly, there are 30 free games to be unlocked whenever three or more scarecrow symbols are obtained. Finally, it is possible to further build up the free games by landing corn symbols as part of a winning payline combo.