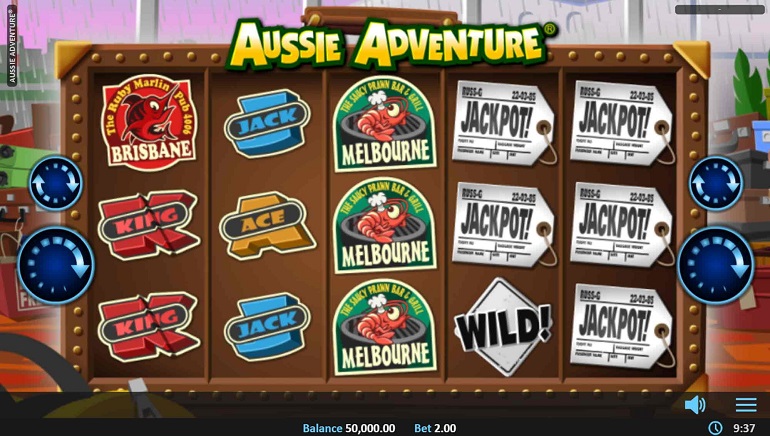 The Aussie Adventure slot game takes players on an exciting trip across Australia. They will encounter kangaroos, koalas and digeridoos on the journey.

A fair dinkum new slot has been launched by Realistic Games. Aussie Adventure takes players across a land down under, treating them to wild substitutions and free games as they enjoy the sites of Australia.

The 5 reels are laid out on a suitcase in a rainy airport. The cartoon style extends to the 3 rows of symbols. These images, which land over the 20 paylines include bar mats from Brisbane, Bondi Beach, Darwin and Melbourne, each featuring a cartoon animal. A shrimp on the barbie, a surfing koala and a bouncing kangaroo can be found in these exotic locations. Lower-value playing card symbols are designed to look like luggage stickers.

A road sign is the wild symbol which acts as others to complete combinations.

Head Down For Free Spins

Travel To Oz With Realistic Games

It comes from the Realistic Games studio, which is based in the UK. Players will find Aussie Adventure at online casinos which carry the games and software from this award-winning developer.

Robert Lee, Commercial Director of Realistic Games, said: “Aussie Adventure is an absolute beaut of a game, and we are delighted to be releasing it.''

“With its exciting features and a Down Under take on the free spins mode, it will make you want to enjoy all the delights of the outback.”