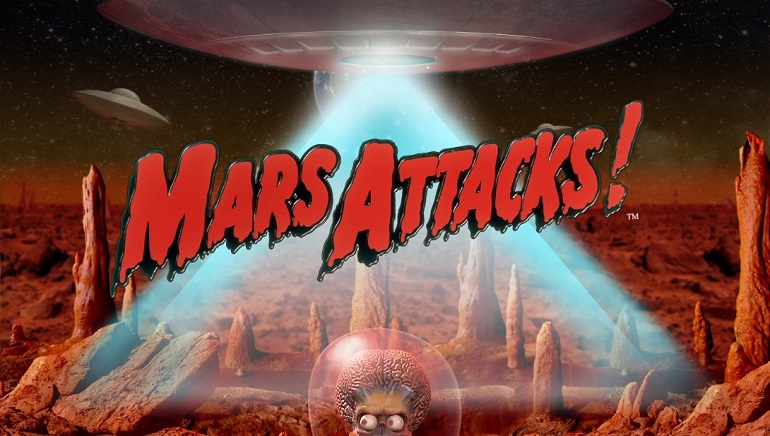 A Northern Irish chef struck it rich on the eve of Valentine’s Day 2019, winning a £4.3 million jackpot by playing Mars Attacks!™ at Paddy Power Casino.

On the eve of Valentine’s Day 2019, a single chef was passing time playing slots at Paddy Power Casino when he scored a life-changing £4.3 million jackpot when playing Mars Attacks!™ – based on the 1996 sci-fi film.

Even more surprising is that the 33-year-old Northern Ireland native showed up for work on Valentine’s Day to cook for the patrons of the Artisan Cookhouse in Strangford. Since winning, Sean Doyle has been the subject of intense media coverage.

Speaking to the media, Sean has opened up of his desire to open a café, but he has also been vocal in saying of his other intentions for the windfall, which he plans to spend on friends and family as well.

The Mars Attacks slot has been playable at Paddy Power Casino since December 2018, having been provided by developer Blueprint Gaming. The branded slot has been made with five reels by three rows, while offering the players 20 paylines ways to win from.

Mars Attacks also includes five separate modifiers that can be triggered randomly in the base game. These include Radiation Blaster, Expansion Cannon, Abduction Beam, Sub-Zero Lazer, and the Mega Shrink Ray, which offers the prospect of 3,125 ways to win.

Blueprint has also included five special features that can be unlocked with three or more bonus symbols. At a glance, the options are comprised of Spy Hunter, We Come in Peace, DNA Analysis, Martian Takeover, and Final Stand with its unlimited free spins.

The slot also is also dependent on Blueprint Gaming’s Jackpot King Deluxe progressive jackpot system. There are three jackpot levels, with two that are guaranteed to pay out before reaching their thresholds: Royal pays out by £3,500 and Regal by £35,000. Sean, of course, was fortunate enough to win the multi-million-pound King jackpot.