Horror on the Reels: Halloween Slots Are Coming 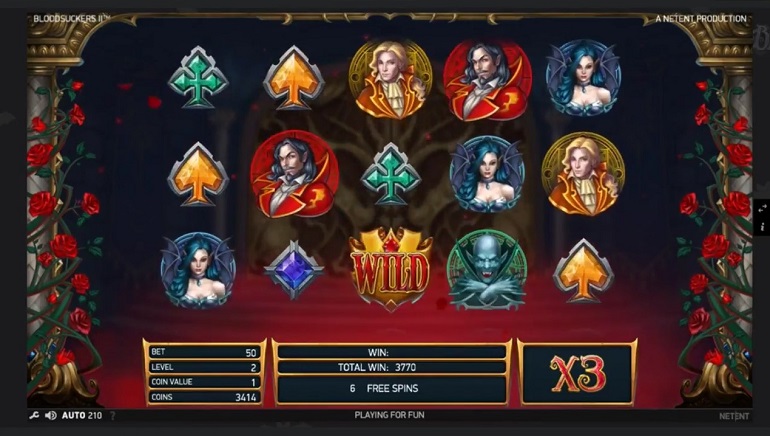 With Halloween just around the corner, we bring you some of the best, creepiest new slots to get you in the mood for everyone's favorite scary holiday.

Halloween is an interesting time of the year, with everyone getting their scary grooves on, and the online gambling industry is no exception to this rule. Every year, around this time, we get loads of slots with reels inhabited by witches, pumpkins, vampires, and all that jazz. So, with that intro out of the way, what have game developers prepared for us this year?

If there's one game everyone's hyped about, that's Microgaming's new Halloween slot. The popular developer procured the necessary licensing deal to create a casino game based on the cult 1978 movie and, as expected, they've done a pretty good job of it.

Set on the porch of the Strode family house, this 50-payline slot features an unusual reel setup with several bonus features and hides potential for some really big wins. Combined with the original music, recognizable characters and items from the movie appearing as symbols, and some truly creepy atmosphere, Mircrogaming's Halloween is easily the best title from this particular genre we've seen this year.

Those who'd like to give the Halloween slot a try should check out Royal Vegas Casino and Platinum Play Casino, both of which were quick to add this new title to their game libraries. While it is impossible to say how those reels will stack up, this game can definitely warm you up for the Halloween night.

NetEnt didn't fail us this year, either. Just in time for this year's Halloween, the company came up with the sequel to their Blood Suckers, Blood Suckers II. The next generation of vampires is making a big comeback and Amelia sets on an adventure to restore the hidden fortune of her ancestors.

Featuring highly improved graphics and sound effects, Blood Suckers II can be quite creepy at times, so it may not be for everyone. That said, Halloween is nothing without creepy and scary, so fans of this holiday will certainly feel at home.

In case someone gets tired with these two titles, there is much more out there. Playtech kept up the pace with their Halloween Fortune II, another sequel banking on the popularity of the original game. If you fancy some Real Time Gaming for a change, there is Witch's Brew, a slot that's guaranteed to make your heart race.

Everyone has a different reason they like Halloween. While kids go trick and treating, adults can have their share of fun spinning reels on one of these slots and win some extra candy money while at it.