150 Bitcoin's won at BitStarz Casino. You'll gasp for air once you read how much it's worth.

BitStarz Casino recently announced some great news about one of the biggest jackpots ever hit at their relatively new online Bitcoin Casino. Not only was the win the biggest that their casino has ever rewarded, it's also the new record for Bitcoin wins amongst all Bitcoin Casinos. 150 BTC may not mean much to you if you are not familiar with the crypto-currency, but if you are proficient with Bitcoin then you already know that we are talking about around $86,000 with the way Bitcoin is performing nowadays.

The huge chunk of virtual change was won by a single player that used a single spin to win the record-breaking jackpot. But if you thought that this story couldn't get any stranger, let's make it so. The record win was won by a player playing the popular slot Diamond Wild. The record of 150 BTC beat the previous record of 95 BTC, but the best part is that both jackpots were won by the exact same player.

BitStarz was shocked when they saw the win and made the payout to the same winner as last time. Since BitStarz Casino added slots from iSoftBet, they have noticed a lot of new members and more frequent wins. iSoftBet makes some incredible games and players continue to spin their reels and win lucrative cash, even if it starts as virtual currency. Bitcoin can be cashed into real money and the popularity of Bitcoin transactions is beyond all expectations.

“I was actually having the game on auto spin, but followed every spin on the screen, and when I hit multiple diamonds symbols, I couldn’t believe my eyes and I wasn’t sure if I had won or not. But when I saw the Big Win screen, I knew it was true!” said the lucky player. 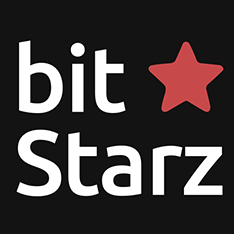