Hybrid MARE BALTICUM Adapts without a Hitch in the Baltic Region 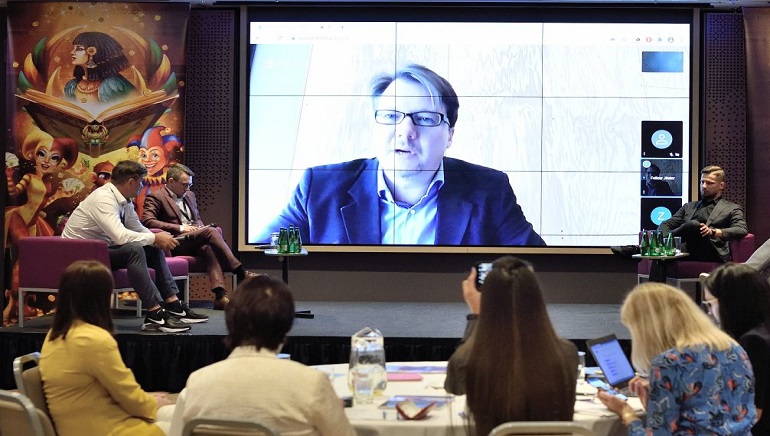 The third edition of MARE BALTICUM adapted and innovated with aplomb.

The unique hybrid edition of the MARE BALTICUM Gaming Summit hybrid edition, the first of its kind turned out an intriguing success.

The third edition of MARE BALTICUM Gaming Summit took place on the 6th of August in Tallinn in a hybrid format online which streamed interaction between speakers and moderators who were unable to attend.

This adaptation elevated the conference to a place among the most sustainable and robust events in iGaming while retaining MARE BALTICUM's seemingly uncanny ability to gather high-ranking delegates in large numbers to offer quality Baltic and Scandinavian region content that MARE BALTICUM has come to be known for in its three year life span.

The innovative agenda was spread across several panel discussions; a fireside chat; several networking opportunities and the second edition of the BSG Awards (Baltic and Scandinavian Gaming Awards) recognizing efforts of the top 36 companies from the Baltic Sea region.

Conference Organiser and Head of Business at European Gaming Media and Events stated Zoltan Tuendik was clearly thrilled about the ability of the conference to adapt, saying:

“We owe ourselves not to give up and to continue our path. It was very hard to decide if we will host the 2020 edition of MARE BALTICUM Gaming Summit, but having the attention of so many companies that were interested to attend from the region, we had to do it.”

Special Thanks on the Ground

Zoltan offered up specific thanks to MARE BALTICUM Ambassador Andrius Gabnys and TECH Conference Ambassador in the Baltics Jovita Gabnienė for their efforts on the ground in Tallinn.

More details about how this conference about what lessons this conference taught the industry and the region are sure to emerge from what was truly a historic MARE BALTICUM 2020.